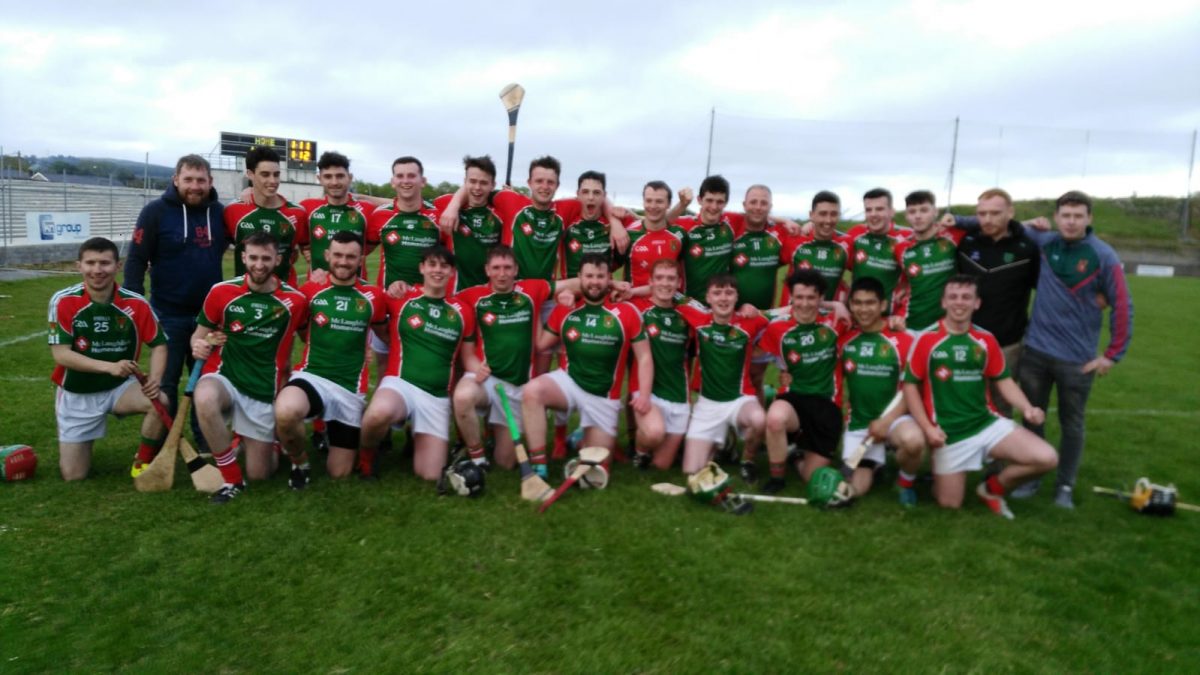 This seventh round league game between these two sides was always going to be a crunch clash.

With Carndonagh taking the points in Pairc Ui Dhochartaigh back in April, this game was going to be hard to call.

The home team opened the scoring with a point with the visitors scoring a goal quickly which was the difference in the the end.

Aodh Ruadh replied with two points before Carndonagh restored the lead. Oisin Rooney and Cathal Doherty then exchanged four points each to leave the half time score Aodh Ruadh 0-7 Carndonagh 1-5.

Both teams started the second half on a high tempo with the home team getting the opening score but the visitors took more control scoring six points.

In the last quarter Aodh Ruadh came more into the game reducing the lead to three points. The home team put pressure on for that much needed goal but scores from Darragh McCormick and John O’Donnell extended the lead and a final score from a free for Oisin Rooney wasn’t enough to stop Carndonagh heading home with a crucial victory.

Overall this was a great display of hurling for the junior league and  goes a long way to promote this great national game in the county.

This league provides hurling for players that otherwise would not be gaining this experience.