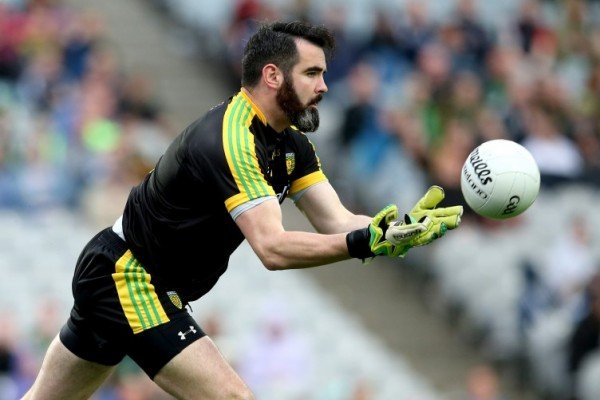 Listen: Paul Durcan on his return to the Donegal squad

written by Chris McNulty May 25, 2019
Facebook0Tweet0LinkedIn0Print0

Paul Durcan admits that he didn’t take much convincing to return to the Donegal panel.

Durcan, after three and a half years away from the panel, was coaxed back having returned home from Qatar, where he had been living since 2015.

The 2012 All-Ireland winning goalkeeper began training with Donegal again in the spring and is in the squad for Sunday’s Championship opener against Fermanagh.

“I was talking to Karl (Lacey) quite a bit about it and he was saying how good it was.

“When he asked me when I came home, I had to wait a few months to get everything sorted and get settled again.

“I was delighted to get the opportunity and I’m thankful Declan was open to it.”

Durcan says he retained his ‘excitement’ while watching from afar and has backed the young Donegal squad to make a significant mark this summer.