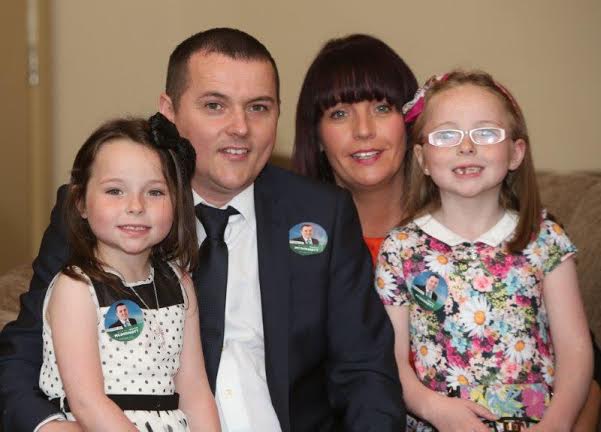 written by Chris McNulty May 25, 2019
FacebookTweetLinkedInPrint

North Inishowen: Martin McDermott says he’s ‘blown away’ by the strength of his support with tally figures showing the Glengad man with a landslide in North Inishowen.

Tally figures show that Fianna Fáil Councillor McDermott has taken a whopping 34.5 per cent of the vote.

McDermott has 2,376 first preferences, meaning he is well in excelss of the 1,377 quota.

“I can’t put into words the support I’ve got. I got great support the last time. To get around 35 per cent of the vote, I can’t put that into words.”

McDermott was first elected to Donegal County Council five years ago, when he had 2,002 first preferences.

“You have to do the work on the ground. People see what goes on and see what you do. I love doing what I do.

“I try to help as many people as I can. I’ll do that for the next five years. That’s what I’m there to do.

If you do the work, you get the rewards. I have a very close-knit community who stand behind me.”

Fine Gael Councillor Bernard McGuinness (954) is in a battle with another Final Fáil candidate, Marie Duffy, for the fourth seat in North Inishowen. McDermott’s transfers could be defining in deciding who takes that fourth seat.

FOLLOW OUR LIVE BLOG FROM THE 2019 DONEGAL LOCAL ELECTIONS BELOW …