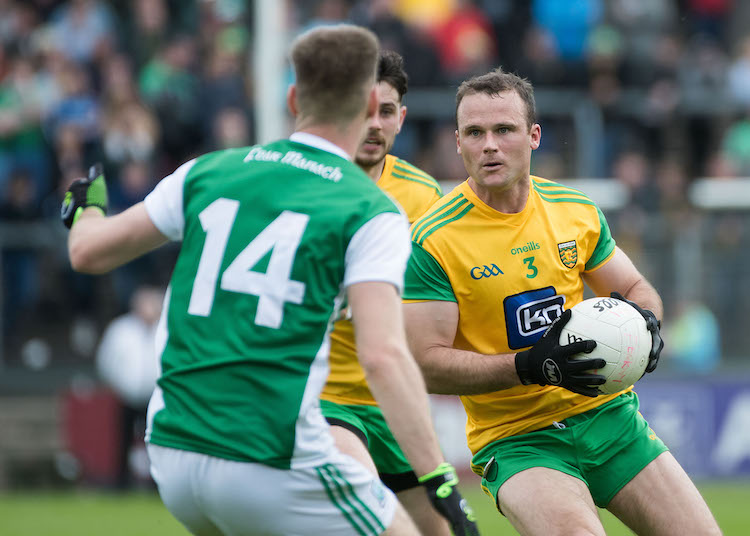 Declan Bonner: “We had to be patient to break Fermanagh blanket”

Declan Bonner didn’t ponder for too long when asked about the biggest positive from Donegal’s win over Fermanagh.

Bonner’s men recorded a 0-15 to 0-9 win that tees up an Ulster semi-final meeting with Tyrone in two weeks’ time.

There were plenty of talking points on an afternoon when Donegal had to grit their teeth at times.

So, Declan, what was the big take from the game?

“We always knew it was going to be difficult coming into Brewster. It is never easy but you know the way that they are going to set up.

“We had to be patient to break that blanket and I think we were. We had a really controlled performance in the second half and some of the point taking in the last quarter was top class.

“It’s not the most pleasant of games to watch but it can be intriguing in terms of styles and contrasts. We had to be patient, we had to be very disciplined and I felt we were.”

It took Donegal 18 minutes to register a score, with Jamie Brennan breaking their duck. Before then, Donegal had kicked four wides and Fermanagh were suffocating them.

Bonner said: “There was a breeze factor and it was difficult to score in those top goals but I felt we tagged on a number of scores.

“We were pleased with that second half because we knew a number of gaps would appear and once they did, the likes of Paddy McBrearty, Michael (Murphy) and Ciaran Thompson were well capable of taking their scores.”

McBrearty hit five points on his return from a cruciate injury and Bonner hailed the influence of the Kilcar man.

He said: “He has been out of football a long, long time. It is one thing training and playing club matches but this was the white heat of Ulster championship and that game will bring Paddy on a lot.

“I thought in that second half, he was outstanding and kicked a couple of great scores and it was great to have him back on the field.”