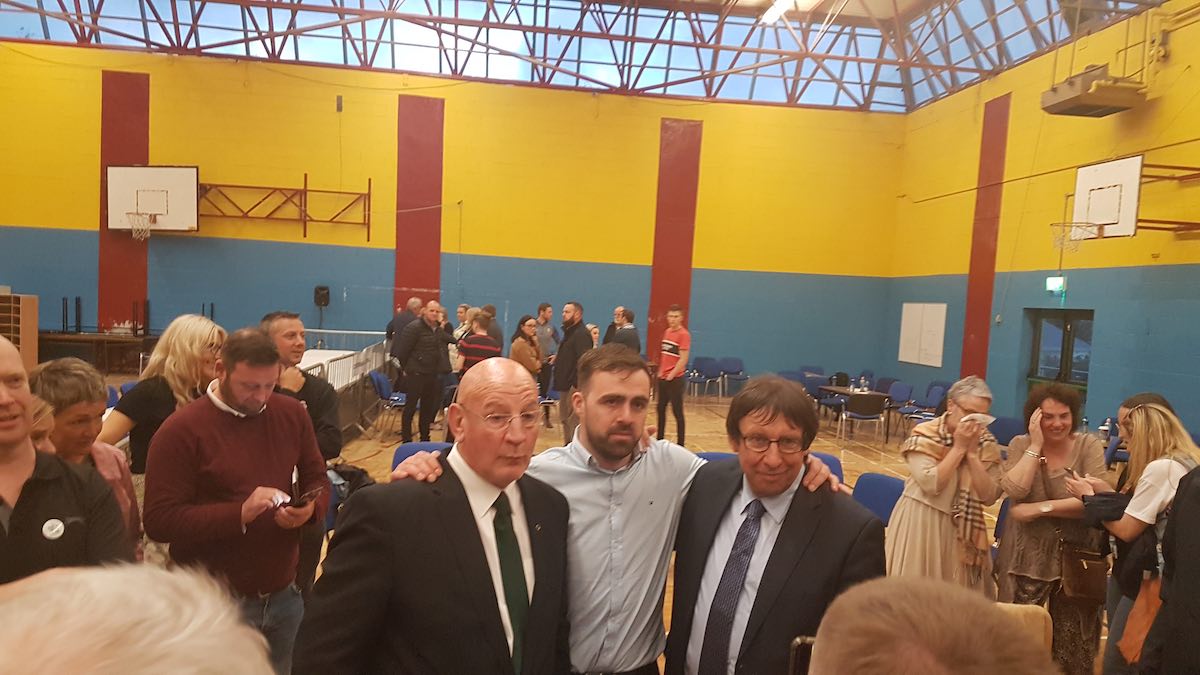 Terry Crossan has successfully been elected to the final seat in the Buncrana Electoral Area (south Inishowen).

Crossan is the final person to be elected in the area with 1,098 of the votes and in doing so has made history for the party in Inishowen.

He will now join returning Sinn Fein Councillors Jack Murray and Albert Doherty at the table in Inishowen EA, after Mickey Doherty (FG) lost his seat in the ninth count.

The count brings a conclusion to the count in Inishowen, with the following candidates elected for south Inishowen.