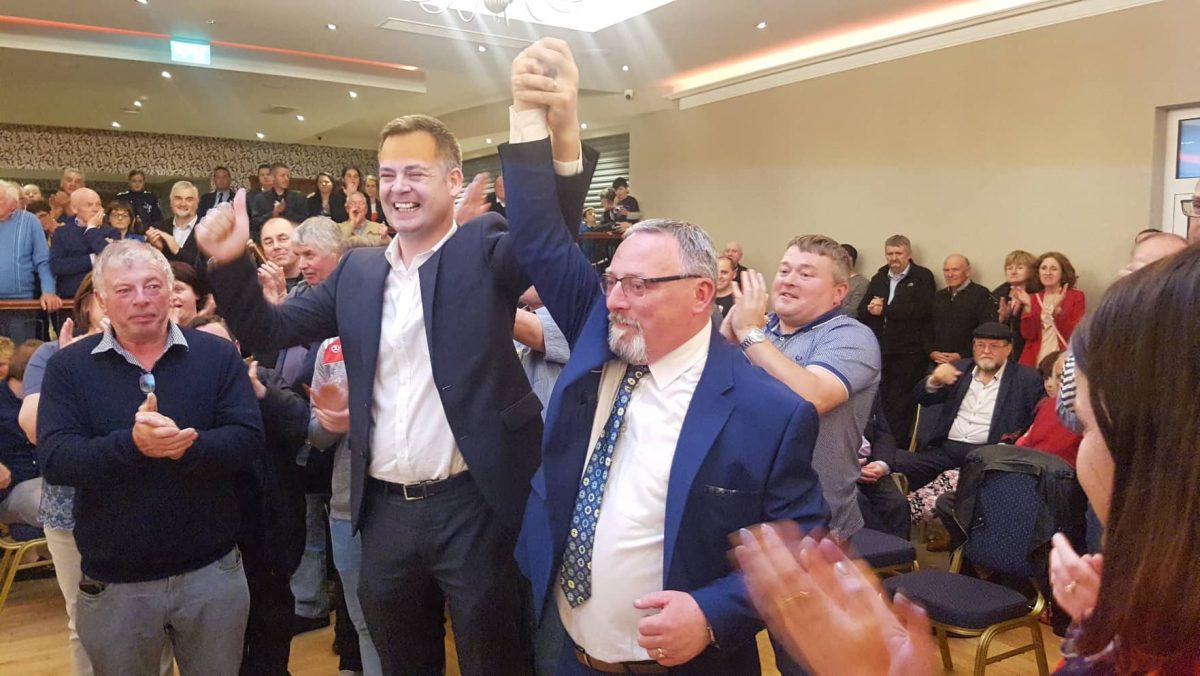 Sinn Féin’s John Shéamuis Ó Fearraigh is the second councillor to be re-elected to Glenties LEA.

Today he was elected after achieving 2,050 votes on the eighth count.

His surplus of 175 votes will now be redistributed before the final count for Glenties LEA.

There were exuberant scenes in the Highlands Hotel this evening when his election was announced, celebrating with colleagues Brian Carr, Marie Theresa Gallagher, and Pearse Doherty TD.

It is yet to be announced how the final figures will look for Brian Carr and Marie Therese Gallagher.