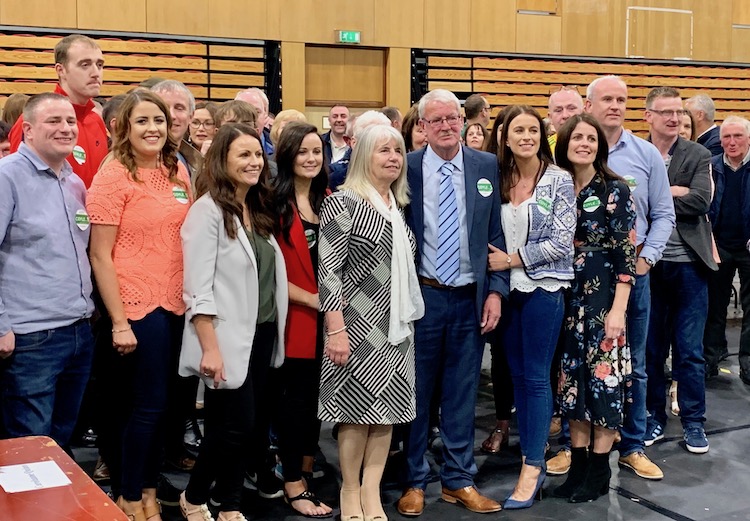 Elections 2019: Worth the wait as Donal Coyle finally takes a seat in Lifford

Having waited 46 years, another few hours felt like a breeze to wait for Donal Coyle.

The retired school principal was elected this evening on the ninth count in the Letterkenny Municipal District.

Coyle, a native of Fanad, took 1,192 first preferences – the third highest number of number ones in the area.

“I had to wait a while to get elected, but I always knew that there was a seat there for me,” Coyle, a long-time Fianna Fáil activist, told Donegal Daily.

“I’m involved in politics for over 45 years now. The first election I got involved in was back in 1973.

“I’ve been on winning teams over the years and had very few defeats. This is the icing on the cake for me.”

Twenty years ago, Coyle stood as a candidate in the now-defunct urban council in Letterkenny and took only 116 votes.

He said: “I always had the belief that I would come back – and now I have come back.

“I’m delighted tonight. I was confident.

“Predictions were made on some platforms that hadn’t me in the top nine. That could have scuppered my chances because people like to back winners.

“I always believed that I would be a winner – and I’ve proved that I am a winner.”

Donal Coyle with his director of elections, Peter J Patton

Coyle is heavily involved in community and sporting organisations and paid tribute to his team, led by Peter J Patton, his director of elections.

He said: “My team were out night after night and it took it all. That showed on the polls. I got a huge first preference vote.

“I have a good track record of working in the community and that showed in my vote. I want to thank every voter who has put their confidence in me.

“I’m delighted that the people put their faith in me.”

Elections 2019: Worth the wait as Donal Coyle finally takes a seat in Lifford was last modified: May 26th, 2019 by Chris McNulty