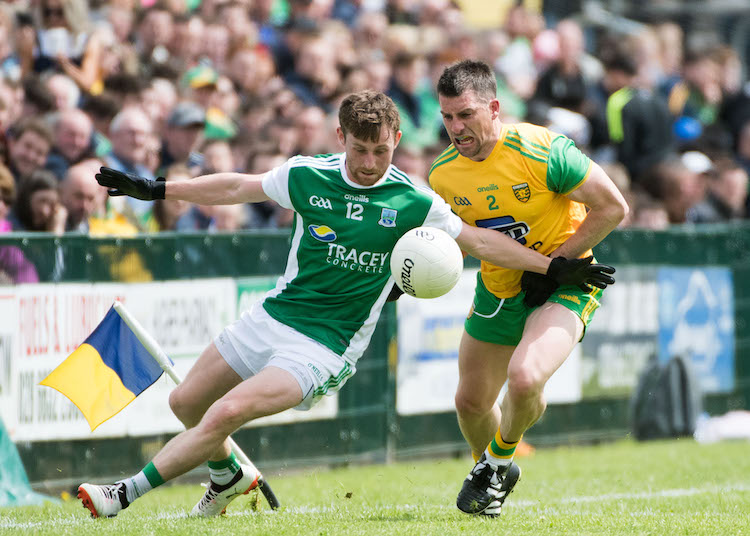 It must have felt as if Rory Gallagher was transported back in time as he praised ‘economical’ Donegal this afternoon.

Gallagher, during his time as Jim McGuinness’s number 2, helped turn Donegal into one of the country’s most economical sides.

Gallagher, now at the helm of Fermanagh, felt the brunt of Donegal’s prudent play in Enniskillen as Declan Bonner’s men took a 0-15 to 0-9 win.

“I wouldn’t say they ever looked in real bother or were real flustered,” Gallagher observed afterwards.

“But at times they were flustered. The way Patrick (McBrearty) and Jamie (Brennan) kicked scores, they were super scores and they were scores we aren’t capable of kicking at the minute.

“We need to be able to get some of them the way we play, the 35-metre shots.

“I felt we dropped three or four short in the first half and they punished us as well. They got scores from it.

“You are playing against a team who are very economical. The way we went about it, the way we played would make most teams nervous. We turned over a lot of ball, we looked dangerous. We needed to score a goal at some point.”

For long spells, Fermanagh were within striking distance, but the Erne didn’t really make Donegal sweat, even in those moments when the scoreboard suggested otherwise.

“They were big to us. It was still going to be a big ask for us to win the game, but at 9-8 we were giving as good as we got and I would be very disappointed in those two scores.”

Fermanagh set out to stifle Donegal and succeeded for a time in the first half, but with the wind in their sails, it was the Ulster champions who made the better use of the second half.

Gallagher said: “Without ripping them to shreds or anything, we attacked very well at times.

“Our attacking game has improved a lot, I don’t think ultimately we have the quality to kick the long-range scores at this point in time.

“I think we’re well improved. I think we have more to go, we competed phenomenally well.”

The way Donegal closed out the game in the final quarter was a reminder for Gallagher of his own time in the opposing shoes.