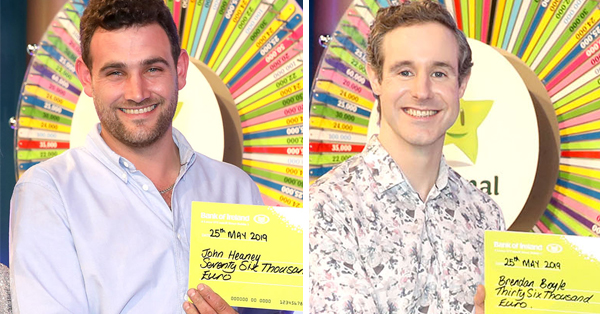 written by Rachel McLaughlin May 27, 2019
FacebookTweetLinkedInPrint

At the end of a sensational season for Donegal winners, a sheep farmer living in Donegal but originally from Co. Down spun the Winning Streak wheel and won a total of €76,000, while Letterkenny native Brendan Boyle scooped €36,000 on the same show.

John Heaney, who has been living in Carrigans for the past 18 years, won €35,000 on the iconic Winning Streak Grand Prize wheel. 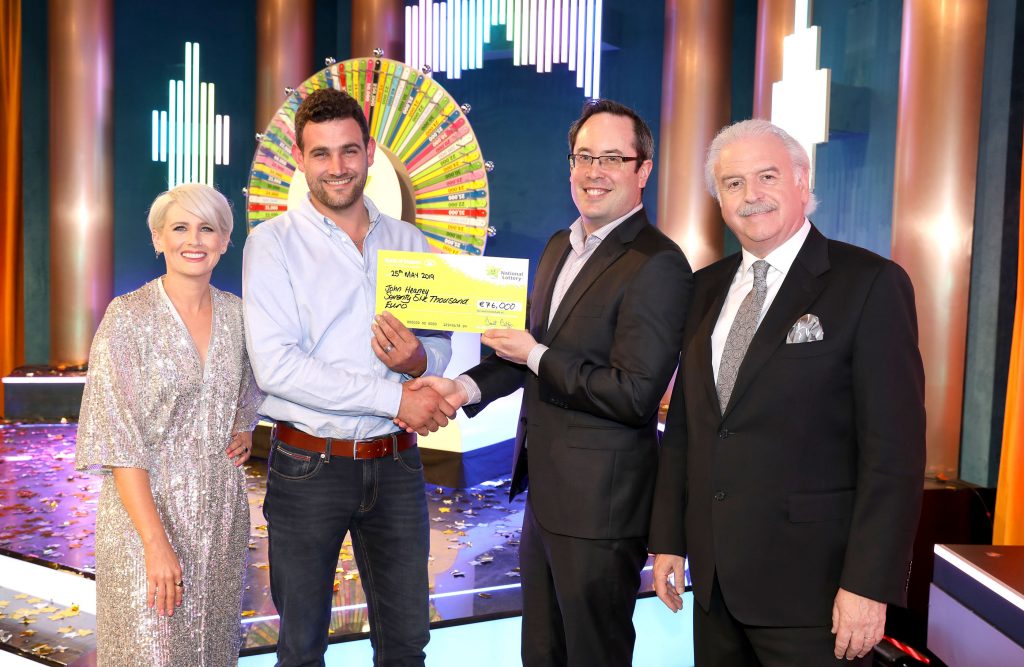 John Heaney from Carrigans, Co. Donegal has won €76,000 and a holiday to Lake Bled in Slovenia on last Saturday’s (25th May 2019) Winning Streak Game Show on RTE. The winning ticket was bought from Ton Up Ltd., Milford Co. Donegal. Pic: Mac Innes Photography

John found out he had a place on Winning Streak two Thursdays ago when a knock came to his door. It was a neighbour asking if it was John who got pulled out for Winning Streak on RTÉ’s Today Show. John put on the TV to see his full name and address was revealed. He was stunned and delighted at the same time as he completely forgot that he had a ticket in.

He has lived with partner Rhonda for the past three years in Carrigans. She was there to cheer John on from the RTE audience weekend alongside other friends and family.

John was also be supported by his mum Marie, his sister Margaret and three brothers: Tommy, Peter and Shane while his other brother James watched online from his London home.

John has Rhonda to thank for his Winning Streak appearance as she was the one who sent his ticket in for him. He has no plans for any winnings just yet but will be sure to enjoy his haul of €76,000!

John wasn’t the only lucky Donegal person on the show this week as Letterkenny man, Brendan Boyle, who has been living in Balinteer, Dublin for more than 10 years, won €33,000 in cash on Winning Streak as well as a holiday to Madeira in Portugal worth €3,000. 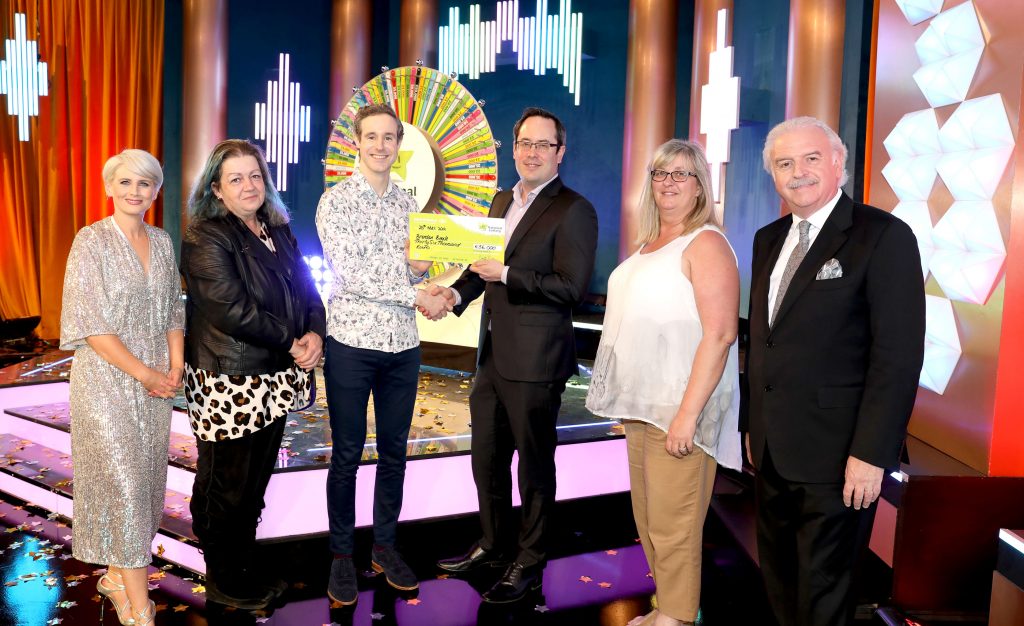 Brendan Boyle from Letterkenny won €36,000 including a holiday to the Island of Madeira, Portugal on last Saturday’s (25th May 2019) Winning Streak Game Show on RTE. Pic: Mac Innes Photography

Brendan didn’t find out about getting drawn to appear on Winning Streak until National Lottery officials contacted him. He went online straight away to watch the draw where Sinead Kennedy pulled his name out, just to be sure. All week Brendan was on cloud nine leading up to his appearance on the show.

Brendan has been married to wife Rachel for the past 11 years. The couple have three children: Finn, Fia and Noah. Finn, the eldest, was cheering dad on from the audience while the youngest two were watching from home.

Brendan works in graphic design but is also a keen painter in his spare time and gets to exhibit work at various exhibitions occasionally.
There was an excited crowd from Donegal cheering him on from the audience on Saturday, which included his parents Paddy and Patricia, two of his siblings Christine and John as well as other members of family and close friends.

He has a brother and sister living abroad who watched via the RTE Player. They are Michael, living in Dubai and Anne Marie living in Melbourne, Australia.

Brendan has no firm plans for his winnings from the show but says he has a few home improvements that need doing so he will tackle them.

This was the final Winning Streak National Lottery game show of the current season. A remarkable number of Donegal winners had unforgettable moments on the show this year.

In total, more than €5.3 million was won by Winning Streak players in this season alone.