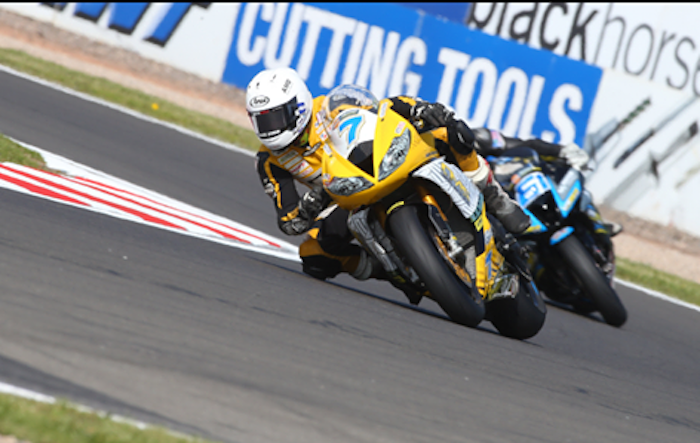 Kilmacrennan’s Richard Kerr had a mixed weekend at the third round of the Dickies Supersport Championship at the British Superbike Championship (BSB) in Donington Park at the weekend.

Kerr came into the third round in 5th position after a strong start to the 2019 season.

After qualifying 11th Kerr had to start from the back row of the grid on Saturday after his tyre pressure was deemed wrong.

Richard got up to a fantastic 6th place after coming through the pack and a few of the front runners crashed out in the damp conditions and Richard eventually finished 7th.

Morning warm up didn’t go to plan as Richard hit a damp patch on the opening lap and came down at over 120mph but got away with some bruising.

His team had some work to do to get the machine ready for the second race.

Race two was damp and the race would be decided by who made the right tyre choice.

Richard went for a wet in the front after the warm up lap but the track was drying rapidly and Donigton Park is know as one of the quickest drying circuits on the calendar.

Richard is now in 6th place in the championship and hopes to keep his consistent points scoring run going into the next round in three weeks time at Brands Hatch, another circuit where Kerr has had podiums in the Moto 3 class.

A mixed weekend for Richard and the team but some solid points on the board again and Richard is learning every weekend and is looking forward to round 4.