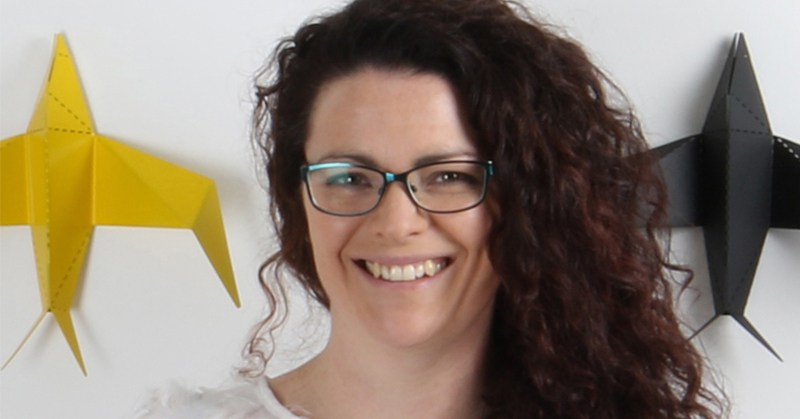 They say the key to being a successful entrepreneur is being able to spot a gap in the market and that’s exactly with Karina Kelly, CEO of www.mypicdrop.com did back in November 2017.

Karina, who lives outside Donegal Town, was working in product photography for a large eCommerce retailer when she noticed how labour intensive the process of image preparation was for her client. She offered to take some of that work load off their hands.

Using her business savvy, Karina went and spoke to other retailers and discovered that this service could be a huge business opportunity.

In January 2018 her service went live, helping prepare images for publication on e-commerce sites. Taking the advice of a trusted friend, Karina took a key step to her current success and joined the New Frontiers programme.

She credits New Frontiers with teaching businesses how to pin down their idea at an early stage, something that was critical to ensuring that she could grow and develop her product.

The programme also focused on getting participants to speak to potential customers.

It was during this process that she realised just how much potential there was to develop her product, retailers were asking her to not just prepare their images but to source them as well.

The funding provided by phase 2 of New Frontiers helped her focus on this new direction and the input from advisors and mentors helped develop the overall concept and bring it to where it is today.

Karina enjoyed being based in the CoLab in LYIT, the comradery that comes with being in an incubation centre helped her through the tougher days, and seeing others succeed provided the inspiration to keep going and see her idea come to life.

The mentoring she received as part of both New Frontiers and Donegal Local Enterprise Board’s Generate Programme helped her to challenge her assumptions and go further than she ever thought possible.

She is now moving to developing a software platform, a whole new challenge for her, which sums up what New Frontiers is really about, growing your businesses in directions you would never have previously imagined.

Karina recently had her first big success when she secured a place on the NDRC Programme in Galway with an investment of €75,000.

Based in the PorterShed in Eyre Square, this initiative is a collaboration from Enterprise Ireland, NDRC and GCID (Galway City Innovation District) aims to drive the growth of digital start-ups nationally.

Her plan is to bring her software to the international marketplace as soon as possible.

Karina’s advice for anyone starting a new business is: “Apply to New Frontiers, tell people about your idea, and listen to their advice. I can pinpoint clearly the exact pieces of advice I received that have directly led my idea to where it is today. You don’t have to take all advice, but accept it with gratitude, deposit it in your memory and you will be surprised that you might end up using it at a later stage. The innovation that other people’s input can bring to your idea is actually a somewhat magical process to watch unfold.”

The future is bright for Karina and MyPicDrop, and with her trademark enthusiasm she says “I can’t wait”.

New Frontiers, funded by Enterprise Ireland, is Ireland’s national entrepreneur development programme that is delivered in the Northwest by IT Sligo and Letterkenny Institute of Technology. It is designed to help people who have an innovative business idea and would like to establish and run their own companies. It provides participants with a package of supports to help accelerate the business’s development and to equip the promoter with the skills and contacts required to be future business leaders.

Recruitment for Phase 2 of New Frontiers is open for applications until June 14th, see www.newfrontiersnw.ie for further information.