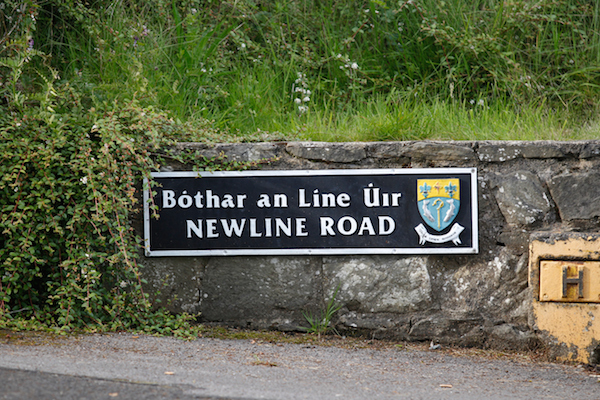 DD Motoring: How old is the New Line Road?

written by Brian McDaid May 31, 2019
Facebook0Tweet0LinkedIn0Print0

DD Motoring Correspondent Brian McDaid is puzzled by a very well known in his hometown of Letterkenny.

I thought this would be an easy one, trying to find out the age of a road in Letterkenny near to where I was reared. It’s called the New Line Road which links the High Road with the Back Road and Sentry Hill Road which made up an early version of the first by-pass of Letterkenny in sorts in its day.

The New Line Road was out of bounds when we were wanes. The only road that we were allowed to walk on by ourselves was the one that took us to school every morning and to mass on a Sunday, that was down Sentry Hill. “The New Liney” as it was called by all cool folk in Glencar, seemed to have everything happen on it, especially when you weren’t allowed to go down it. Back then we weren’t even allow down the town, which in them days was a good distance from Wolfe Tone Place p in Glencar.

In them days you were responsible for your own safety, and by being restricted to these routes, and local people kept an eye on you and wouldn’t be afraid to give you a telling off if you were someplace you shouldn’t be. It’s easy to understand the logic of this all these years after but back then these restrictions made no sense to four boys going to school in steps in years from 4, 5, 6, and 7 years old. 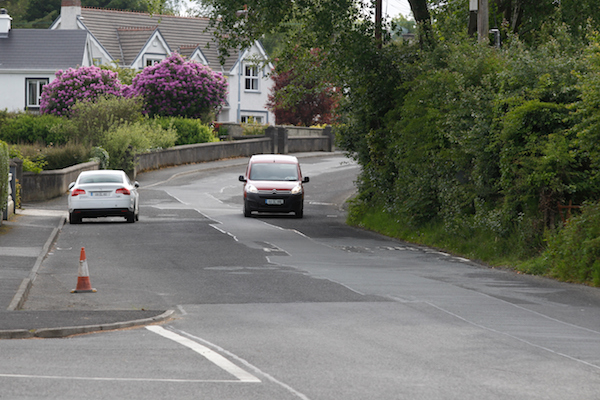 A lot of children in Letterkenny attended elocution lessons and that happened were else, but down the New Liney. A great start in life for any child but us ruffians in Glencar thought differently. Some Smart Alec changed the name to “Electrocution Lessons” which seem to perfectly describe the proud posture of pupils after they emerged from the classes.

I started my search this week on the New Liney at possibly one of the oldest houses in the area. The house is a thatched cottage and sits in a lane way with grass in the middle of the road. It’s a perfectly preserved time warp of the way people once lived but throws up more questions than it answers about the New Line Rd because it’s built with its back facing the road which suggests that it may have been built before the road was built.

My next search on the New Line Road is not on the road but on line as in on the web where I tried to research one of this road’s most famous residents. The late politician and surgeon Dr. J.P. McGinley who lived on this road and had his practice in a small surgery at the side of it. However, all I could find was an address for him on The Asylum Rd. (now called the High Road.) where he was arrested for his political beliefs nearly one hundred years ago. Then by chance the name Joseph Mc Ginley popped up for the Sentry Hill area in the 1911 census for Letterkenny. Bingo I thought, opening up the link only to find Joseph Mc Ginley as a 16-year-old boarding student at the newly built St. Eunan’s College at the time. 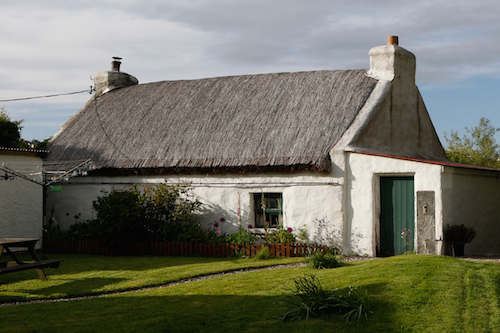 A view of one of the oldest houses along the New Line Road gives us an idea hold the road really is Photo Brian McDaid.

Getting slightly side tracked looking through all the names of the residence in the collage I noticed that some were described as students and some were described as pupils. Two of these pupils, who were born in Scotland seemed to be two brothers by the name of Cunningham only 8 and 9 yrs old which would suggest that the college was a boarding school for both primary and secondary education. I would love to think that the late Joseph McGinley we located was a young Dr. McGinley coming to the end of his secondary education before his studies for medicine but I’ m unsure that his age matches up.

Looking at very old maps of Letterkenny the very first New Line Road as it was even called back them was built around the time that the Poor House was built on what is now known as the High Road. The town’s water supply was located up behind the poorhouse and old pillars just above where that present day Garda station now sits mark the entrance to the reservoir. In later years that was used by Lymac Bottling store which was the favourite site to search for old crockery stout bottles which could be sold to collectors. The Boxing Club trained in the old Poorhouse for a time.
The Manse was built on the New Line Road in 1896 and was called Hillmount and The Rev Ross Millar and his family were the first residents there.

From the manse up the old New line Road may have been in poor enough condition and was a lot narrower than it now with ditches and hedgerows. Some can even remember the green area in front of Mc Mahon’s Villas as being a lot wider and not as steep. That all changed with a major widening programme of the road was carried out in the late 1950s or early 60s. All of the houses on the road at that time including the Manse, Regans Forest, the bungalows and the flat roof houses all have the exact same wall built at the front of their properties. Some may now be covered by hedging or painted but still are the same and must looked very trendy with new street lights and some footpaths when the old New Line Rd was widened to become the new look New Line Rd and has remained much the same today 60 years on. 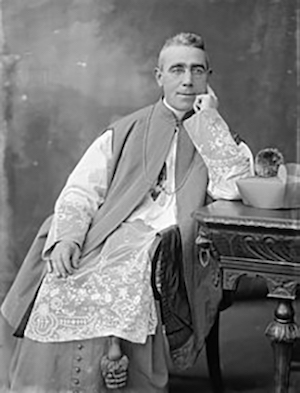 Bishop William Mc Feely who firstly pointed one of the teaching staff at St Eunan College after his ordination and has a Motorbike registered in his name in 1916. before becoming the Bishop of Raphia in 1923.

One of the motorists that may have travelled up and down the old New Line Road at the time when it was a lot narrower was a man called William Mc Neely. He was a priest and was also a members of the teaching staff at St. Eunan’s College. He bought a motorbike in 1915/16 possibly a BSA or Triumph which was registered in his name when he was a resident at St Eunan’s College. Then in 1923 at at only 35 years of age he was appointed the Bishop of Raphoe in succession of Bishop Patrick O’ Donnell. The newly appointed Bishop Mc Neely moved from St. Eunan’s College to the Bishop’s Palace. It’s not known what was the outcome of his motorbike!