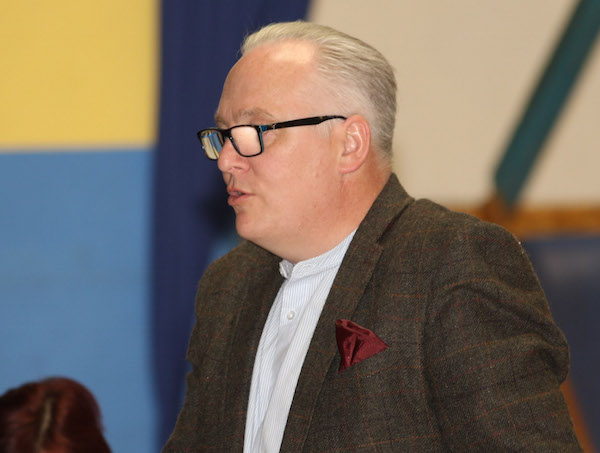 Frank McBrearty has officially resigned from the Fine Gael party.

The Raphoe politician officially offered his resignation to the party this morning and it was accepted.

Minister Joe McHugh confirmed the 50-year-old, who won a seat in the Lifford-Stranorlar electoral area just last weekend, has resigned.

He told Donegal Daily “I am disappointed that Frank has resigned. He’s a hard-working councillor and I wish him well in his role as a councillor in the time ahead.”

McBrearty joined the party just weeks before the election in a move that annoyed some other members including Cllr Martin Harley.

We first reported that McBrearty was considering his position last Thursday.

Other media outlets dismissed the story but McBrearty confirmed it the following day.

At the time Councillor McBrearty claimed he was being hounded out of the party by fellow elected Fine Gael members.

He claimed his family had been the victim of “atrocious allegations” from some Fine Gael councillors and that his mental health was being affected.

It is expected that Cllr McBreaty will make a statement on the matter later in the day.