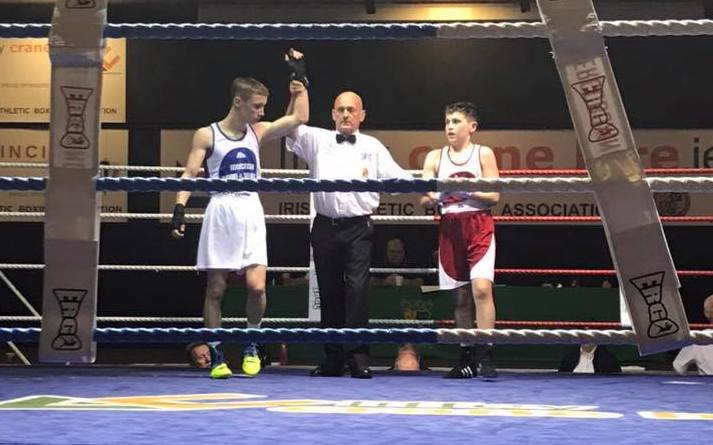 Dunfanaghy ABC’s Bernie McDonagh will go for his third Irish title next weekend.

McDonagh was the sole Donegal winner at the semi-finals at the National Boy 4 and Junior 1 & 2 Championships.

McDonagh defeated Michael Lawrence in a Boy 4 52kgs semi-final on Friday evening at the National Stadium.

The Dunfanaghy puncher was declared the winner when the referee abandoned the bout in the second round with McDonagh firmly in command.

McDonnell took a unanimous decision in his semi-final meeting with Criostoir Browne from Oliver Plunkett BC.

Previously, his father, Martin, won an Irish title in the Dunfanaghy ABC colours.

McDonagh’s was the only win for Donegal punchers in Dublin this weekend with another seven boxers from the county losing out in semi-finals.

His Dunfanaghy colleagues Cormac Hall and Odhrán McGinley had no joy with Hall beaten by Martin Collins (Drimnagh) in a Boy 4 39kgs contest and McGinley losing to Luka Gureshidze (Togher) in a Junior 1 66kgs bout.