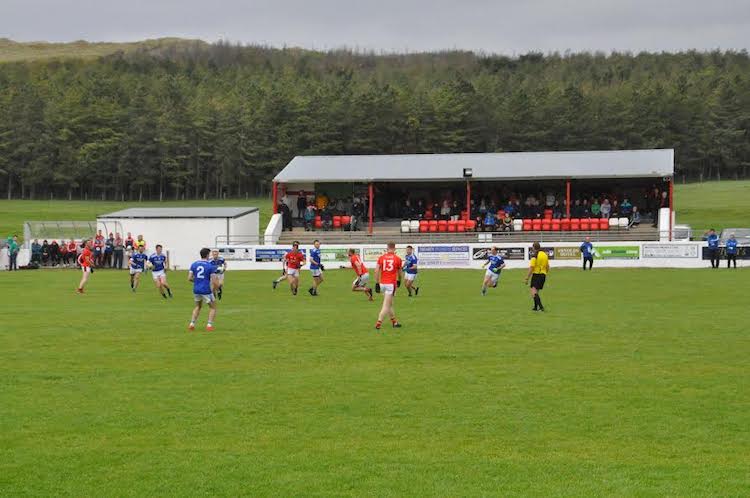 Goals from Kieran Gallagher and sub Logan Quinn proved the vital scores in this Brian McCormick Sports and Leisure Division One clash at The Bridge in Dunfanaghy.

By Charlie Collins at The Bridge. Pictures by Moses Alcorn

This was Naomh Conaill’s seventh win in eight games and, with Kilcar on Gaeltacht Championship duty in Kerry, it put Martin Regan’s side to the top of the table.

The visitors were aided by a stiff breeze in the opening half blowing towards the town end and started well.

Colm Anthony McFadden kicked a fourth minute free to give the home team the lead but points by Dermot Molloy and A J Gallagher and a well taken goal by Kieran Gallagher after a super fetch and strong run had Naomh Conaill 1-2 to 0-1 ahead after ten minutes. 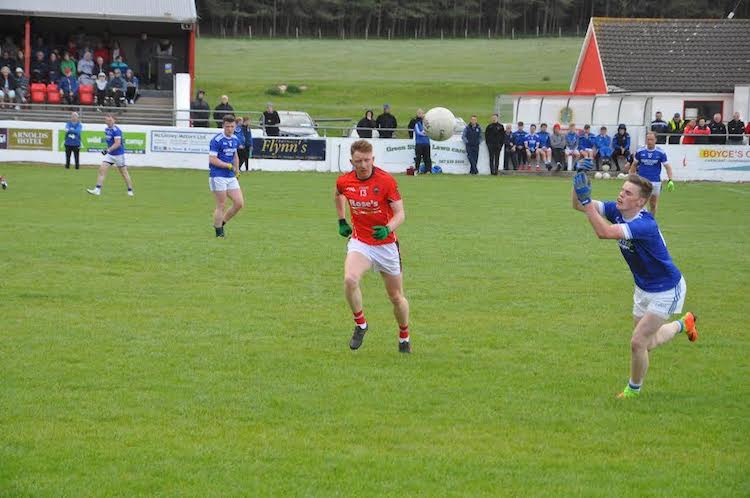 Daniel McLaughlin and a second of the game from A J Gallagher left it 1-03 to 0-02 at the end of the first-quarter.

Seamus Corcoran extended that lead but points from Colm McFadden and Edward 0 Reilly left a goal in it again in the 30th minute.

In injury-time Dermot Molloy and O’Reilly exchanged points to leave it 1-5 to 0-5 in the visitors favour at the break.

Colin McFadden could have levelled it in the 36th minute but after bursting through his drive hit the outside of the post – a goal chance gone.

Dermot Molloy made a four point game but Daniel McLaughlin replied immediately and then Colin McFadden’s excellent point left just two in it. 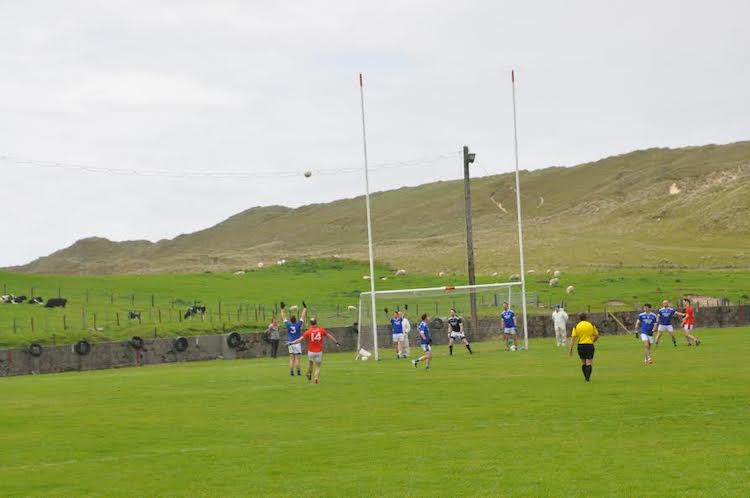 However Naomh Conaill hit back with three in a row , the impressive Eoghan McGettigan got two with Kieran Gallagher getting one in between those and very quickly it was a five point game 1-9 to 0-7 in the 51th minute.

Any hopes of a home comeback were ended two minutes later when Naomh Conaill swept up the pitch and when Kevin McGettigan’s shot was blocked sub Logan Quinn hammered home from close range to make it 2-9 to 0-7 and game over.

To their credit St.Michaels kept trying and added four late points while the winners added two to maintain their excellent league start and a place at the top of the table.