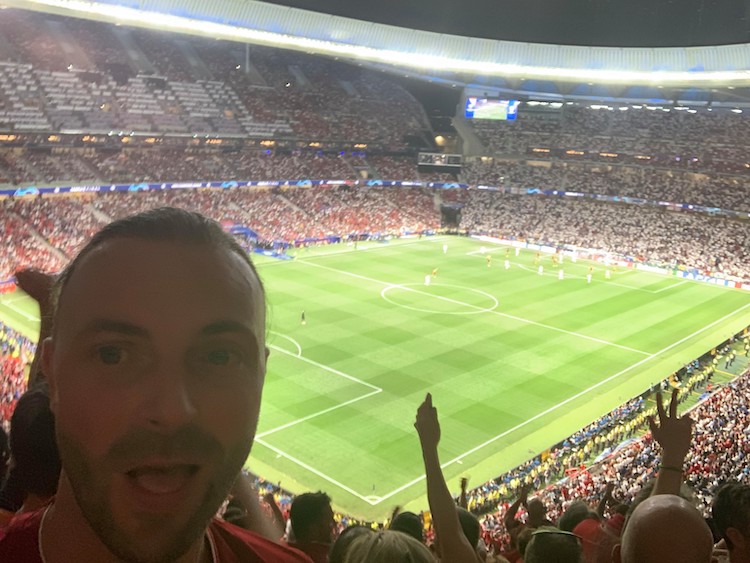 Mark Doherty had joined thousands of other Liverpool fans in the fan zone in Madrid city centre.

As he was soaking up the big-match atmosphere in Avenida Felipe ii, preparing to watch the big game, his phone rang and the course of his night altered utterly.

A friend text and immediately rang.

“It was about two hours before kick-off and a friend called and text that he had a ticket for me,” Mark told Donegal Daily/Donegal Sport Hub.

“I go to as many games as I can and whenever tickets are available.”

Mark was in Kiev last year when Liverpool lost 3-1 to Real Madrid in the final.

He said: “After going to Kiev last year, I still wanted to be out there even if I didn’t get a ticket.”

Mark, who is now based in Manchester, where he works, set off at 6am on Friday morning with a friend, Craig Thompson, and, via Brussels and Toulouse, landed in Madrid at 1am on Saturday.

“We spent Saturday morning meeting up with some friends, one who traveled by van and who took seven days to get there, others got busses or flights from all over.

“We headed to the Liverpool fan zone and soaked up the atmosphere.”

With the clock ticking, Mark – who earlier bumped into former Liverpool manager Gérard Houllier – had to make a dash to the Wanda Metropolitano in time for kick-off after bagging the ticket ‘at a very reasonable price!’

And it was just as well he got there as, after just 23 seconds, Liverpool were awarded a penalty, scored by Mo Salah. 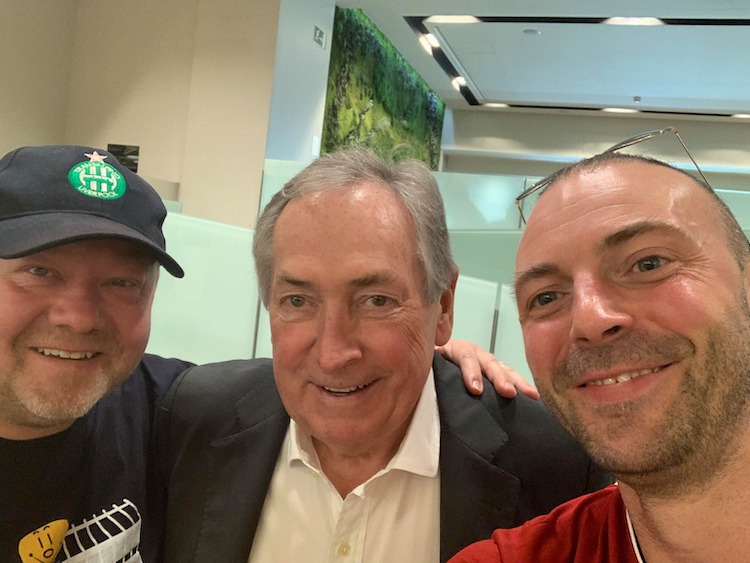 Liverpool kept their supporters chewing on their fingernails until the 87th minute when Divock Origi fired in a second to clinch a sixth European Cup for the Reds.

“I couldn’t believe it when I got news that I had a ticket,” Mark said.

“It was one of those moments in life that I’ll never forget and can always say I was lucky enough to be there.

“It was just so emotional being there and seeing how much it meant to every single fan after last years’s disappointment.

“It wasn’t a great game of football but the lads did what they had to – get the job done.

“We met so many fans from all over the world, including Spurs fans and we all had such a good laugh together.

“It was just unreal.”