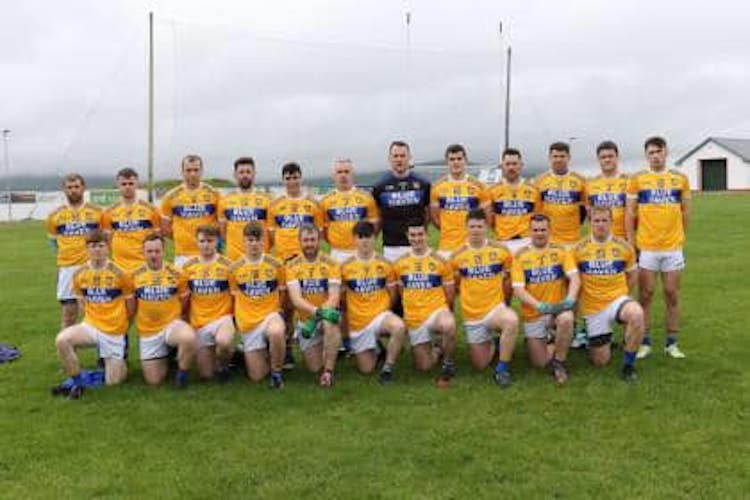 Late drama as Cill Chartha pipped by An Ghaeltacht in final

In torrid conditions in west Kerry, An Ghaeltacht weren’t in front until extra time and, in spite of three points by Cill Chartha’s Matthew McClean, it was they who took the win thanks to a last-gasp point by Seamus Ó Muircheartaigh.

From out on the left, after McClean’s free looked to have forced another period of extra time, Ó Muircheartaigh took aim and, via the inside of the upright, he landed the winner.

Cill Chartha lined out without Donegal stars Patrick McBrearty, Ryan McHugh and Eoin McHugh ahead of Saturday’s game against Tyrone and lost Mark McHugh and Ciaran McGinley to injuries.

When PJ Mac Láimh hit the post in the second period of extra time, Cill Chartha’s bid for a seventh got a shot in the arm, but Ó Muircheartaigh’s third point of the game keeps the Corn an Aire in Gallarus.

It looked as if the Donegal side might hold on, but An Ghaeltacht had the late momentum with Cill Chartha scoring just two points in the second half – through Mark Sweeney and Matthew McClean.

An Ghaeltacht had Cian Ó Murchú sent off in the closing stages, a foul on McClean yielding his second booking of the day.

Cill Chartha opened the scoring when McHugh slotted over a second-minute free. McHugh followed that up from play to double the lead.

Tomás Mac an tSaoir, the An Ghaeltacht goalkeeper, denied Cill Chartha a goal when he saved from Aodhán McGinley’s palmed effort. Cill Chartha, drive by McHugh, powered clear and Conor O’Donnell unselfishly off-loaded to McGinley, but Mac an tSaoir was equal to his effort from close range.

Ciaran McGinley sauntered through to make it a three-point game and McHugh added his third before Andrew McClean scampered through to put Cill Chartha five to the good.

In between times, Cill Chartha survived a scare as Tomás Ó Sé fired wide of the far post after An Ghaeltacht breached the rearguard.

It was the 23rd minute before An Ghaeltacht broke their duck, Éanna Ó Conchúir firing over a free and Ó Conchúir added another, also from a free.

McHugh arrowed over a wonderful long-range free that was cancelled out by Ó Conchúir’s stoppage time free, which brought An Ghaeltacht to within three (0-6 to 0-3) at the break.

Ciaran McGinley was forced off injured in the opening passages of the second half and Cill Chartha were holding on heading into the final ten minutes.

An Ghaeltacht were within two points when they spurned a big chance to take the lead for the first time in the game.

An Ghaeltacht posted 11 wides in normal time, but Ó Conchúir’s frees took the tie into extra time and they would eventually prevail.