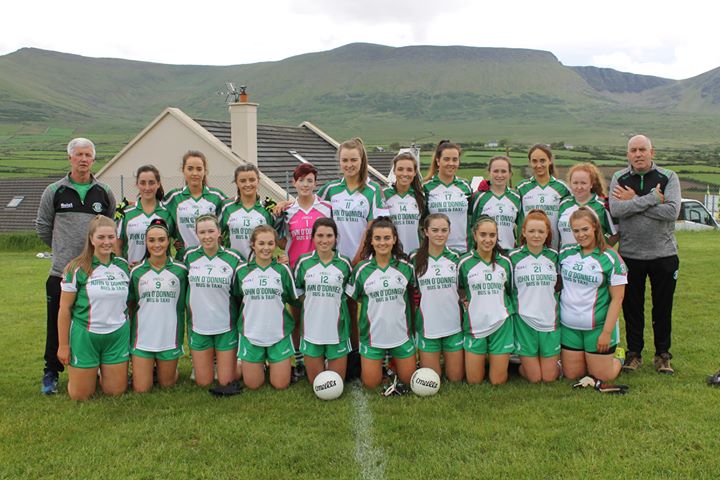 The young ladies team of Naomh Muire Lower Rosses travelled to the All Ireland Comórtas on the Dingle peninsula at the weekend.

As Donegal Comórtas Intermediate champions these young ladies were proud to represent the lower Rosses and Donegal at the Comórtas.

A last-minute shift by the organising committee moved Naomh Muire up to the Senior grade and they were pitted against Galway Senior opponent Moycullen – the beaten senior finalists from last year in Na Dunaibh.

Naomh Muire made no bones about it – they felt the had the right to play in Dingle and took the challenge in their stride.

The semi final took place on the edge of the Gaeltacht in Lispole on Saturday evening and any ideas that Moycullen were going to have an easy mach were quickly put to rest as Naomh Muire ladies took the game to their senior opponents from the start.

After a high-scoring game with both teams well-matched the experience of Moycullen saw them through.

This was a learning experience for Naomh Muire to taste the cut and thrust of playing at Senior level and they will have learned from this match.

It will be back to the bread and butter of Donegal lGFA games in the coming weeks for this team with most of the squad now having state exams to sit in the June.