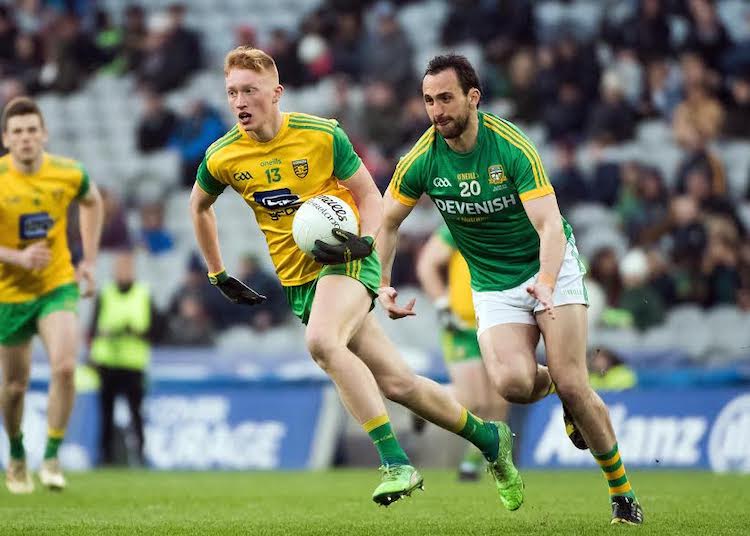 Tyrone clash to come too soon for injured Donegal duo

Gallen (shoulder) and McGonagle (leg) missed the quarter-final win over Fermanagh through their injuries and have been ruled out of Saturday’s clash in Cavan.

Sean MacCumhaills forward Gallen, who is in his first year on the senior panel, has been back in training, while McGonagle will not resume training until next week.

“We will have the squad that we had in Brewster Park,” Donegal manager Declan Bonner confirmed.

“Caolan will be back in training next week. That’s the date that we had planned for him anyway.

“Injuries are part and parcel of the game and we’re happy enough with the group that we have. We came out of Brewster Park after the Fermanagh game and straight into training again for the Tyrone game.”

This will be an eighth Championship meeting of Donegal and Tyrone in nine years, the latest instalment of what has become Ulster football’s big rivalry.

“It’s the one everyone has been waiting for,” Bonner, whose side lost to Tyrone in a Super 8 game last year, said.

“We are going in as underdogs but it’s a challenge that the lads are looking forward to.

“Once the Fermanagh game was over, the full focus was on Tyrone right away. We had no time to dwell on anything.”

After beating Donegal last year, Tyrone went on to reach the All-Ireland final, losing out to Dublin.

Bonner said: “It’s a battle of the heavyweights. Tyrone are maybe ahead slightly after being in the All-Ireland final last year. They’re in the top two or three teams in the country and we have to get there.

“It’s a huge game and it’ll come down to fine margins.”