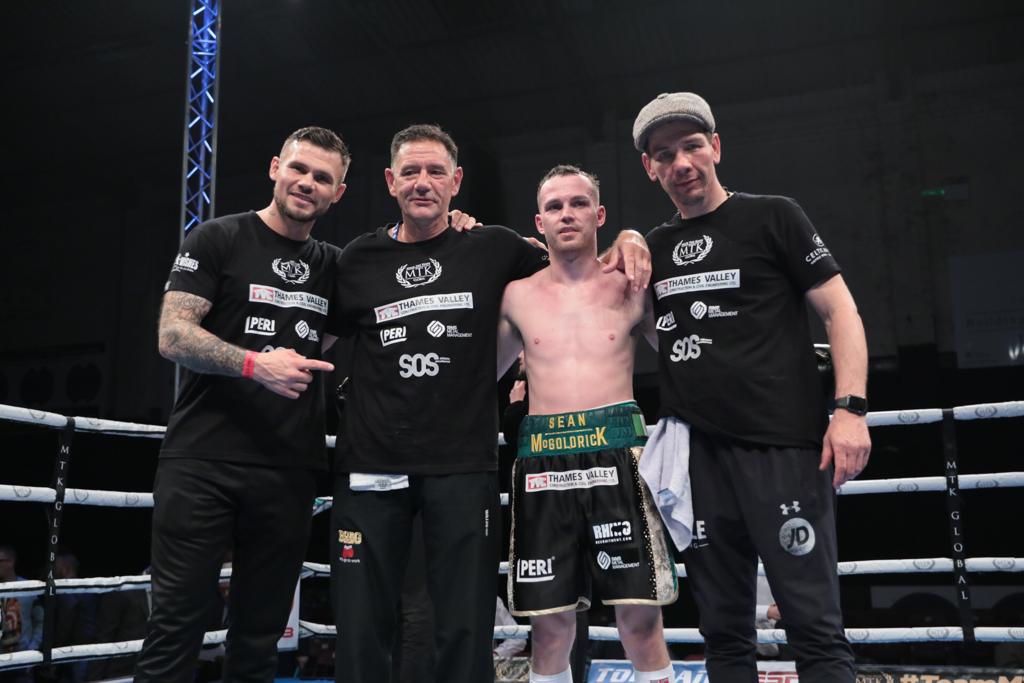 Unbeaten Sean McGoldrick ‘excited’ for the future after latest win

Sean McGoldrick says he’s excited for what the future holds.

The Newport bantamweight moved to 9-0, 2KOs on Saturday night thanks to a points win over Moises Mojica at the Vale Sports Arena in Cardiff.

“It was a great night and great atmosphere,” McGoldrick said.

“I feel like I’m getting better and better and I’m definitely on the right track and I’m excited for the future.”

Among the crowd for a home bout for McGoldrick was the President of the Donegal Boxing Board, Peter O’Donnell.

McGoldrick said: “I was really pleased with the great reception which I seem to get wherever I go, so really grateful to my friends and family for always coming to support me.”