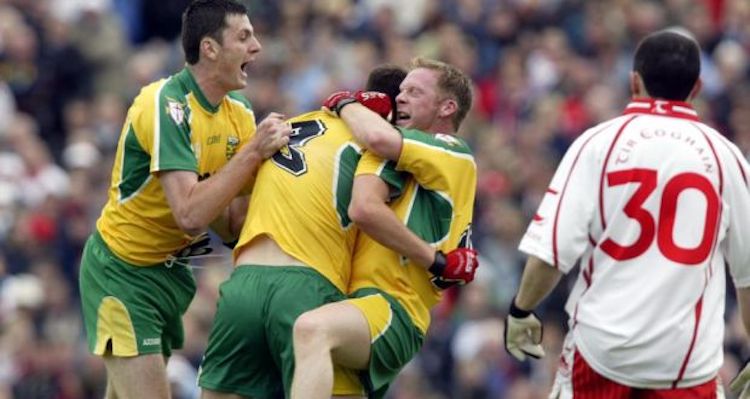 It was the day Colm McFadden ‘torpedoed the All-Ireland champions’ – an Ulster Championship clash in 2004 when Donegal defeated Tyrone.

The previous September, Tyrone won their first ever All-Ireland title.

Donegal had been semi-finalists in 2003, losing out to Armagh.

In 2004, Donegal stunned Tyrone. Brian McEniff’s men were held scoreless for 23 minutes, but were only 0-4 to 0-3 behind at half-time.

Donegal lost Niall McCready to a second yellow card late in the first half, but they were scintillating in the second half and McFadden scored an excellent 1-7.

“The new golden boy of Gaelic football, Colm McFadden, torpedoed the All-Ireland champions with a magical display of finishing,” the Irish Examiner of the time reported.

See highlights of the 2004 clash below, courtesy of GAANOW …