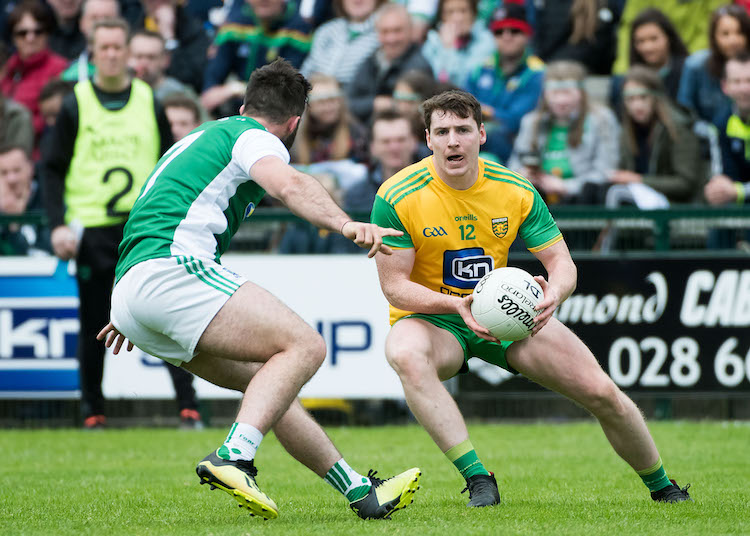 The last time Donegal played Tyrone in an Ulster semi-final it was Mickey Harte’s team who ran out comprehensive winners.

Tyrone were victors on a 1-21 to 1-12 scoreline two years ago and the margin of that victory was probably not even a fair reflection of their dominance over the side managed by Rory Gallagher.

A teenage Jamie Brennan wore the Donegal No 12 shirt that afternoon but was hooked by his manager in what would prove to be a failed attempt to calm the storm.

“One of the harsh realities for me in my first year in, in 2017, was playing Tyrone in the Ulster semi-final and it didn’t go our way at all,” Brennan recalls. “I was taken off at half-time and it was one of those things you don’t forget. It was a learning curve. The level of intensity was so hard to get up to. I just wasn’t used to it.”

Since then, though, Brennan has become a staple in the Donegal forward line. Declan Bonner might’ve had his hands forced in some ways having inherited an ageing squad, although his philosophies of offensive football has seen the likes of the Bundoran forward flourish.

Brennan was man of the match as Donegal opened Ulster last Sunday week with a 0-15 to 0-9 win over Fermanagh in Enniskillen, kicking four points in the process. Beforehand he was a goalscorer in Donegal’s last three outings in the Allianz League – against Armagh, Cork and in the final win over Meath.

Michael Murphy only appeared halfway through that campaign and helped guide Donegal to promotion with some silverware to boot, while Patrick McBrearty missed the entire series suffering from an ACL injury picked up last June. However, that deadly duo joined Brennan at Brewster Park last month and now Donegal have another meeting with Tyrone – the one side who have shaped their destiny more than any other in recent times.

“It’s a great boost to have Patrick back,” Brennan added of McBrearty. “He’s one of the best in Ireland. You can feed off him cause he’s a different level and you can do that with Michael too. Top quality footballers. When you’re training you’re just trying to keep up to speed with them. I came in just as some of the 2012 team were going out and I was one of the quieter lads and nearly in awe of some of these big players.

“You want to play on the big days and not be shying away from it. We should get a good bounce off the Fermanagh match and we’ll hope to take than into the Tyrone match. This is what it’s all about. The harsh slog and the small percents you try to find at Championship time. It’s a big day and another Ulster final is what’s on offer.”