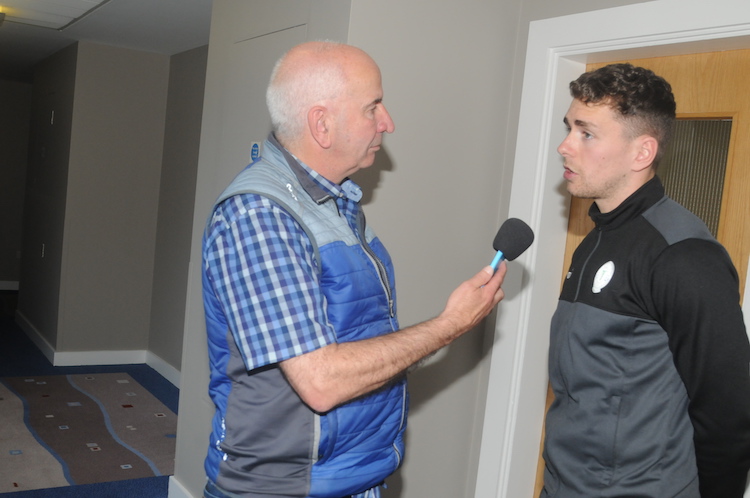 Mark Russell insists that he has enjoyed his time so far at Finn Harps, even if results haven’t been desirable.

Harps, who are bottom of the Premier Division on goal difference from UCD, host the defending champions, Dundalk, at Finn Park on Saturday night.

Russell was a closed-season signing having spent time in Scottish League football with Greenock Morton and Falkirk.

“I’m enjoying it and home is only a 40-minute flight,” Russell told Donegal Daily/Donegal Sport Hub.

“I can go forward and back when I can.

“I’ve really enjoyed it so far. We’re down mostly at the foot of the table and we’re picking up points where we can. It’s been good to get a few games under my belt again.”

Harps scored three times against Bohemians in a 5-3 loss at Dalymount Park last time out and Harps have found points hard to come by.

Russell said: “I enjoy playing football, no matter the score. As long as we’re digging in deep and picking up points.

“We’re still in the hunt and hopefully we can put a wee run together.”