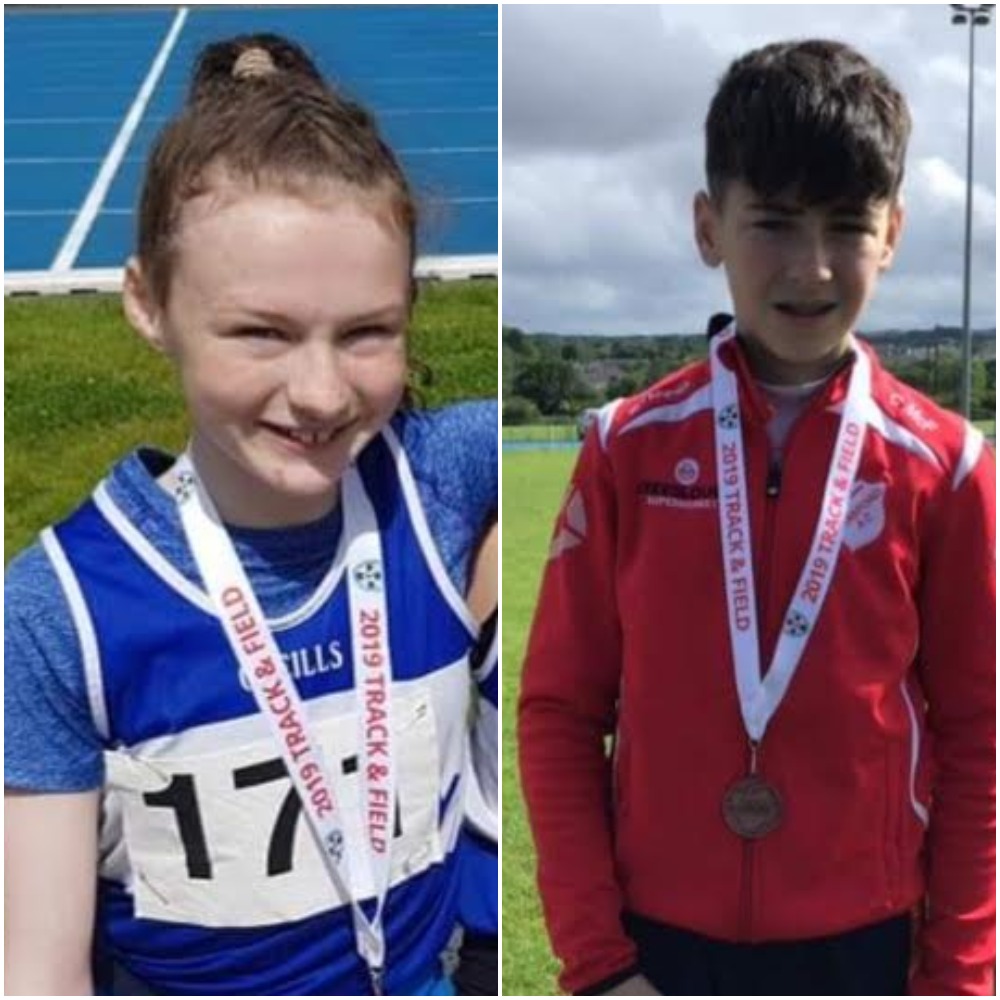 They were adjudged to have been the stand out competitors in the recent athletics finals at the Patsy McGonagle Track at Finn Valley AC, to which 1300 youngsters came from 87 schools and were the culmination in many instances of regional qualifying heats which engaged close to 4000 children.

It marks a great honour not only for the youngsters involved but for the school and parents, all of whom have embraced the project.

The awards are presented in memory of late John Carlin, Crossroads, Killygordon, a former Ulster champion and Donegal high jump record holder by his family whom will be represented by Sean Carlin, himself a former national senior champion, Irish International and record holder accompanied by four-times Irish Olympic Team Manager Patsy McGonagle.

The award ceremonies begin next week with a visit  to each school, joined by the school population and attended by parents, family members and school athletics coaches.

This award is based on excellent performance in the finals based on fact that they are final year primary school children.

This was the 49th annual primary school athletics challenge regarded as the best to date as we move towards the 50th anniversary of same.