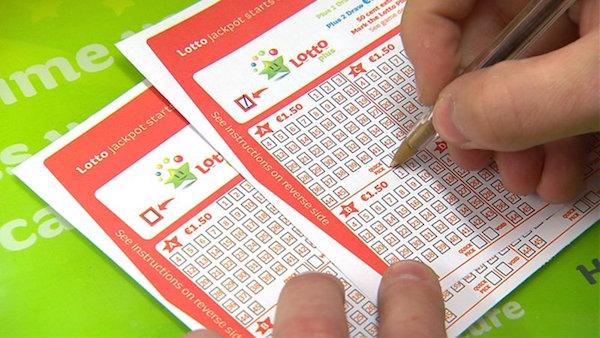 A lucky EuroMillions player from Donegal could see their own name added to Ireland’s Rich List tonight!

“This is the largest EuroMillions jackpot since the Naul Family Syndicate won €175.4 million on a ticket sold in Co. Dublin in February – the highest ever jackpot won in Ireland.

Ireland ranks as the third luckiest country when it comes to Euromillion jackpot wins per capita, behind Portugal and Luxembourg.[2]

To be in with a chance of being the 15th lucky Irish EuroMillions jackpot winner, play EuroMillions in-store, on the National Lottery App or online by 7:30pm this Friday.

Here is the roll call of the lucky 14 Irish EuroMillions jackpot winners to date:

July 2008: A lucky player from Co. Tipperary won a €15 million jackpot with a ticket bought in Carrick-on-Suir in Co. Tipperary.

June 2009: A family syndicate shared the jackpot with a British winner, taking home over €29.4 million with a ticket they purchased in Dublin.

June 2013: A winning ticket sold in Beaumount, Dublin, shared a EuroMillions jackpot worth over €187 million. A Dublin player earned half of the jackpot and picked up over €93 million.

September 2013: A young man from the South East shared a jackpot of over €25 million with a player in Spain, taking home over €12.8 million.

April 2014: A jackpot prize worth €15 million was claimed on a ticket sold in Castlebar, Co. Mayo.

September 2014: An €86.7 million jackpot was won by a syndicate from Dublin. The ticket was sold in Centra, Ballybrack, Co. Dublin.

January 2016: A syndicate of friends won over €66 million, splitting the jackpot of €132,376,632. The ticket was sold in Eason’s store, Fairgreen Shopping Centre, Carlow.

July 2016: 22 colleagues from Dublin Bus won the €23.8 million. The ticket was sold in O’Hanlon’s Portarlington.

January 2017: A Dublin work syndicate claimed the €88.5 million EuroMillions jackpot. The winning ticket was sold at the Applegreen Service Station on the M1 Northbound in Lusk, Co. Dublin.

July 2017: A syndicate from the West of Ireland won a €29 million EuroMillions jackpot. The ticket was sold in Garryduff XL Store on Pound Road, Castlebar in Co. Mayo.

December 2017: A small family syndicate from Dublin won €38.9 million on a ticket purchased in The Village Shop in Malahide Shopping Centre