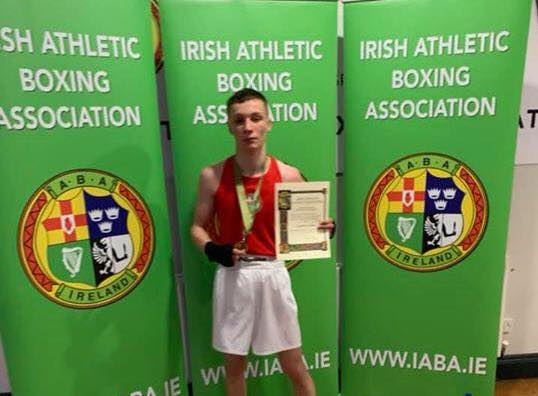 McDonagh is the new Irish Boy 4 52kgs champion after scrapping his way to a fine win over Thomas McDonnell in this evening’s final.

At the National Stadium, McDonagh edged out the Bay City man McDonnell in a cracking finale.

When the sums were totted at the end, McDonagh took a majority 3-2 split decision from the judges.

McDonagh was the only Donegal man to make it through to this weekend’s finals – and it was glory for the Dunfanaghy man.

McDonagh has followed in his father’s footsteps with Martin McDonagh also a former Irish champion for the Dunfanaghy club.