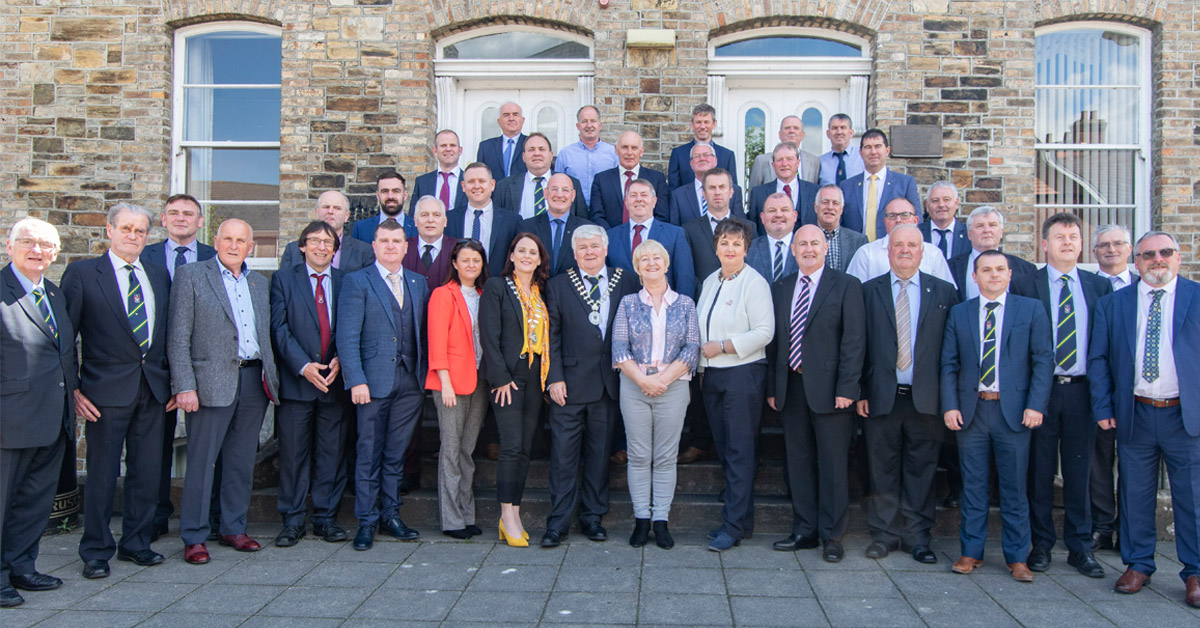 The new Donegal County Council has set up six new committees to address priority issues in the county over the next five years.

As the 37 councillors sat for their first AGM in Lifford today, they decided to establish groups based on problems raised to them during canvassing in May. They are: MICA redress, Emergency Planning, Brexit, Fisheries, Agriculture, and a Donegal County Health Committee.

“I think it is vitally important that we start off this new term with a clear road ahead in relation to MICA. Families living in the nightmare that they are living in over the last 6,7,8 years, it has to be resolved.”

As the government delivers funding for redress on MICA-affected homes Cllr McDermott said the council must react to get the scheme up and running.

He added: “I feel now as a council the ball is going to be kicked back into our court and we are the ones that are going to have to deliver here in this county.”

The Emergency Planning committee was set up to set out a protocol for flooding, gorse fires and severe weather events in Donegal. They will meet twice annually.

“This obviously is a very important committee as the weather is so unpredictable and ever-changing. We have very limited resources in this county and such a large county of coast and inland and we have an awful lot of challenges. As the saying goes: Fail to Plan, Plan to Fail.”

The Brexit committee plans to meet bimonthly to make plans to prepare Donegal for Brexit and invite Oireachtas members and SPC chairs.

Sinn Féin Cllr Marie Therese Gallagher said: “Brexit is going to be a massive issue and we are living in this county in complete unknown.”

She added: “We have to be as ready as we can be. We have lobbying to do, solutions to come up and coming together, through this committee, as representatives of the county will give greater weight to the outcome.”

“There are loads of issues around our inland fisheries, whether it be safety, quotas and there has always been that want to include fisheries in talks,” Cllr Kennedy said.

Cllr Bernard McGuinness said that Agriculture is the largest industry in Donegal and stressed the importance of supporting farmers.

“But also to support farming communities in every way we can, supporting agricultural shows, supporting one of the biggest problems they have – the insurance industry,” Cllr McGuiness added.

The Donegal County Health Committee was proposed by Cllr Marie Therese Gallagher, who said it was in response to ‘heart wrenching’ and ‘unspeakable’ stories from the public shared during the canvassing period.

The committee will give the public a voice on health issues with 12 council members, Oireachtas members and administration staff alongside health service representatives and lobby groups.

Relay For Life Donegal on track for...