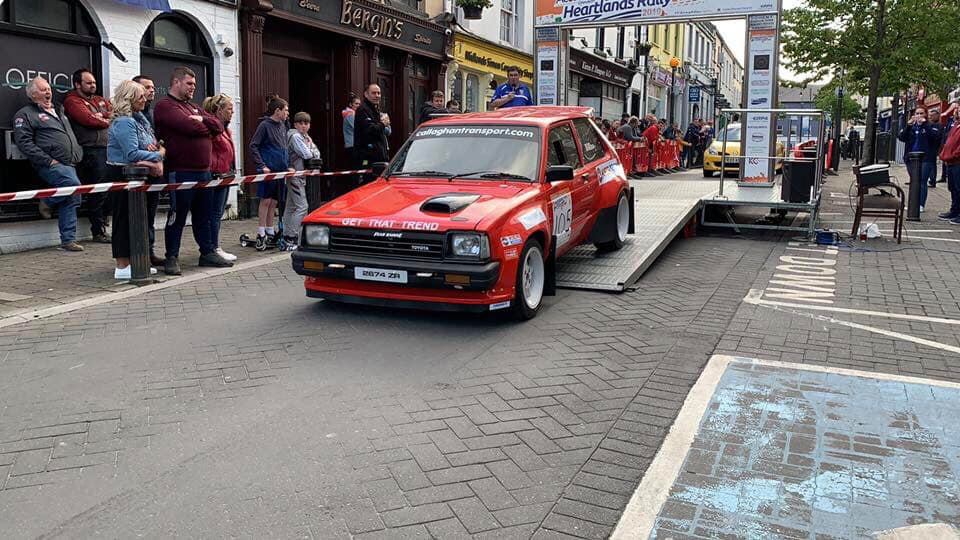 Gallagher, with Derek Heena on the notes, took the Starlet to a fine win with one minute and 32.4 seconds to spare.

With just two weeks to go until the 2019 Donegal International Rally, this served as fine preparation for the ‘Milkman’, who will be hoping for a good run over the Donegal tarmac.

Mark Alcorn was second in the Escort after a solid day of action. Alcorn had Donegal County Councillor John O’Donnell calling the notes as they enjoyed a good run to finish second on the podium behind Gallagher.

Letterkenny’s Jonny Baird was on board with Wesley Patterson, who finished in sixth position. While John Bonner and John McCafferty were eighth overall in their Mk2.