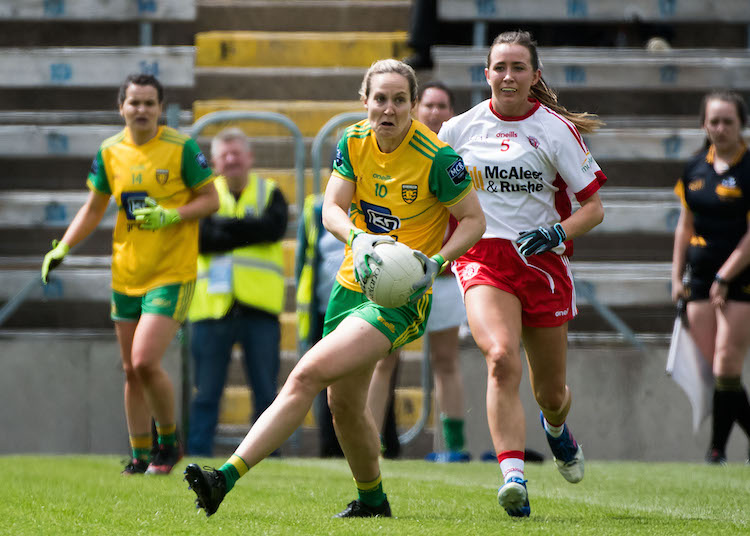 Listen: Guthrie says Donegal must ‘move on’ from talk of absentees

Karen Guthrie says Donegal’s ladies have to ‘move on’ from the constant talk of players who have left their ranks.

Yesterday, Donegal – with just seven survivors from last year’s Ulster final – eked out a win over Tyrone to move into the Ulster semi-final.

The 3-13 to 2-12 win puts Donegal into a semi-final clash with Cavan next weekend and Guthrie says the new-look Donegal shouldn’t dwell on those who have moved on.

“It’s no disrespect to the girls who are gone, but we have to get to the stage where we stop talking about that and we just get on with what we have,” Guthrie told Donegal Daily/Donegal Sport Hub after the game.

Donegal were nine in front at a stage with Geraldine McLaughlin (2) and Niamh Hegarty goaling, but Tyrone hit back.

Guthrie said: “We knew they had enough players and pace to cause us bother.

“We should have put the game to bed, there’s no doubt. We’ve had a habit of not closing the game out, but there were so many positives.”