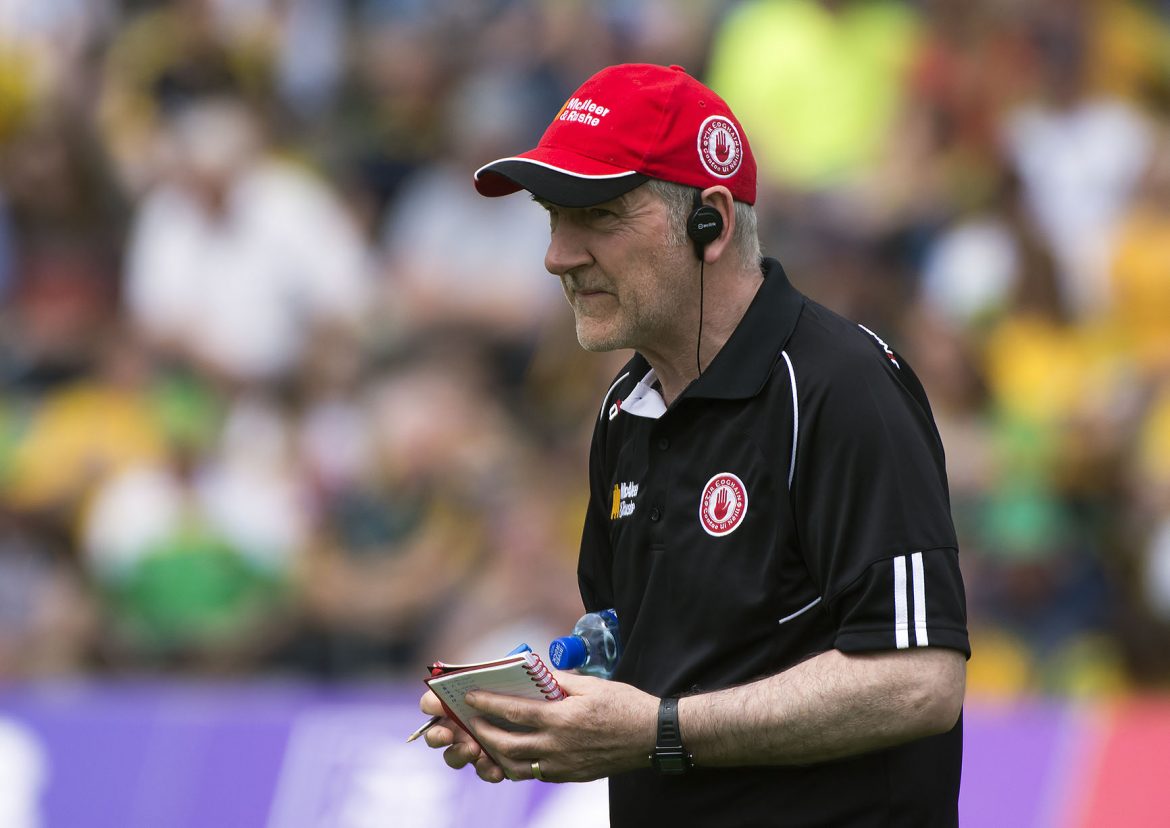 THIS ONE cut a deep wound for Mickey Harte.

The Tyrone manager sat beneath the now-trademark baseball  cap in the Abbey Room of Kingspan Breffni Park to review a jarring afternoon for his men.

His inquisitors leaned in to hear the views of the Tyrone manager after a painful loss to Donegal and it was clear that Harte was pained by the defeat.

Although a first Championship loss to Donegal since 2015 left a scar, Harte was insistent that Tyrone – as they have done so often – can pick themselves up for a qualifier run.

“We don’t believe we’re a bad team just because we lost a game today,” Harte observed at the close of his 102nd competitive game as Tyrone manager.

“We had a very good finish to the league and were in an All-Ireland final last year and one defeat in the Ulster championship shouldn’t really take away from all of that.

“It’s good that the qualifiers exist because otherwise we’d be out of the championship by now. At least we have this second chance and historically we’ve made a decent hand out of availing of that opportunity.

“Again, it’s all to do with the luck of the draw and who you get in the first qualifier you play and do you get a chance to gain momentum before you meet serious, serious opponents, so that’s all in the lap of the Gods now.”

That Tyrone were within four points of Donegal at the end felt like a trick of the mind.

Donegal were seven in front at half-time and again during the second half.

Tyrone were left reeling by Jamie Brennan’s early goal, but were incensed by a black card given to Peter Harte in the 11th minute.

“It didn’t seem to me to fit the criteria for a black card,” Harte said.

“I always felt it was supposed to be a deliberate pull down, a trip by hand or foot, or obstruction of a player after he passes the ball – I don’t know which of those categories that fell into. To me it was a little bit of a mistimed tackle and it had a crucial impact on the outcome of the game.

“And of course, the early goal by Donegal. Put those two things together and it left us in a very bad place pretty early in the game.

“It was one of those days. It seemed even as the game went on, little errors happened time and time again and those little errors add up to big outcomes. Even kicking balls over the line that shouldn’t be over the line, making a break and then spilling the break, having our hands on the ball and letting it go again.

“A lot of those things seemed to go against us when we needed to be careful with every possession, but that’s not all to do with us, it’s to do with Donegal as well.”