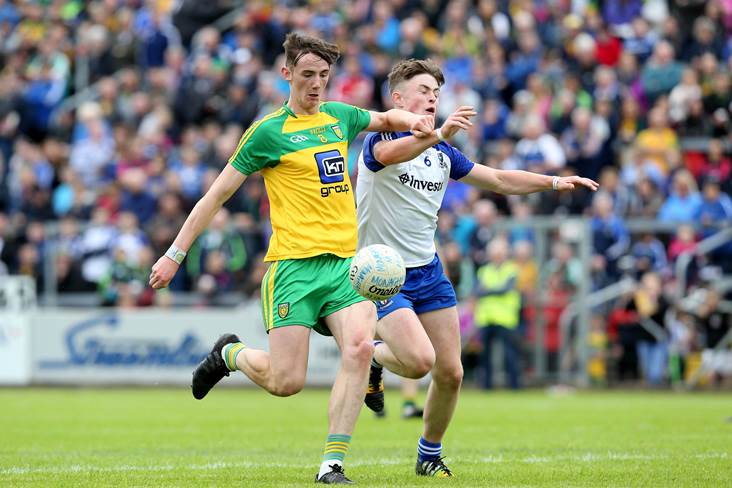 Donegal are hopeful that Jason McGee will recover from injury in time to face Cavan in the Ulster final.

Midfielder McGee had to be withdrawn after just 16 minutes of Donegal’s semi-final win over Tyrone on Saturday evening.

McGee was replaced by Ciaran Thompson, but Donegal manager Declan Bonner was quick to dampen any fears regarding McGee.

“I think he will be alright. It was a dead leg,” Bonner mentioned in his post match press briefing.

While the June 23 final will come quickly, Donegal believe that McGee will be firmly in the shake-up to face Cavan, who defeated Armagh in their replay yesterday to reach a first Ulster final in 18 years.

While Oisin Gallen recovered from his shoulder injury to make his Ulster SFC debut off the bench, Caolan McGonagle missed out through a leg injury.

However, Bonner is confident that the Buncrana man will take his place in the squad for the final.

He said: “He’s coming on good and should have him back shortly. He’s done a lot of rehab work and he’ll be ready to go.”