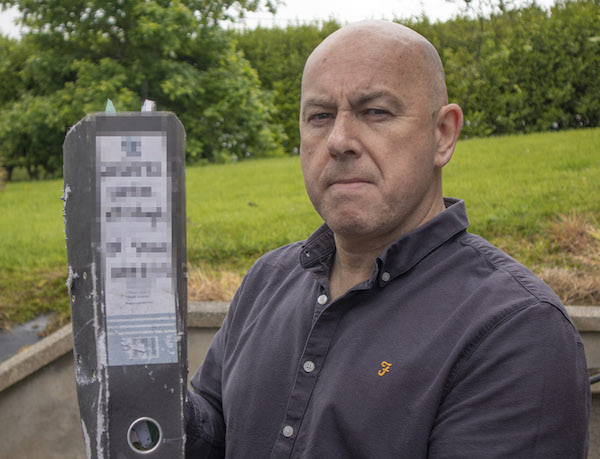 An investigation has been launched after personal medical files were found dumped in a Letterkenny park.

The large file was found dumped close to bushes and a children’s play area at Bernard McGlinchey Park close to Letterkenny University Hospital.

A family out walking came across the files which contains sensitive medical history on an elderly woman from the Convoy area.

As well as letters to the woman’s GP, the file contains parts of her medical history.

How the file ended up dumped in the park is not yet known.

Local county councillor Gerry McMonagle, who is a member of the Northwest Regional Health Forum has demanded a full investigation.

He told Donegal Daily “A full investigation into how this woman’s file ended up in a public park for anyone to find has to be carried out.

“The hospital and the health board has to find out where this file was stored and how it came to be in a public place apparently dumped.”

And Cllr McMonagle said the HSE must also investigate if other patients’ files are missing.

“How do we know that there are not a lot of other files missing. A full check-list of all files will now have to be carried out.

“I want to know what security measures are in place to secure these files and how come that security was seemingly breached on this occasion.”

The woman who found the files while out playing with her children told Donegal Daily she was horrified that somebody’s full medical history was simply dumped in a public park.

She said “I wasn’t sure what it was first when the children pointed to it. I had a quick look at it and I was shocked that it was a medical file with all this woman’s medical history in it.

“I don’t know how it happened but somebody needs to make sure it doesn’t happen again.

“I would be horrified to think my mother’s private hospital records were left in a public park.”

The set of medical files found in the town park in Letterkenny. (North West Newspix)

The full file has since been handed back to staff at Letterkenny University Hospital.

Saolta, the communications Department of Letterkenny University Hospital, is aware of the breach and is due to issue a statement on the matter shortly.