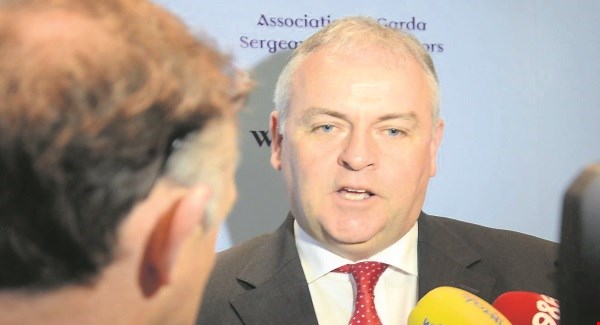 Burtonport-native Sergeant Paul Wallace has been re-elected to the National Executive of the Association of Garda Sergeants and Inspectors (AGSI).

A Crime Prevention Officer, stationed at Letterkenny Garda Station, Sgt Wallace has been a national representative for the Connaught/Ulster Branch for 10 years.

He is also a previous Vice-President of the organisation.

During his current three-year tenure he has an additional role of being a board member of the St Pauls Garda Medical Aid Society.

He was previously a member of the Garda Benevolent Fund where he served on the finance and management board for six years.

The Society provides medical insurance and support for all serving members of An Garda Síochána of all ranks.

They also provide services to retired members and their dependents who equate to in excess of 21000 members nationally.

Sgt Wallace said he was looking forward to continuing his role on AGSI’s National Executive and representing members on the board of the Medical Aid Society.

“Representing your colleagues at national level is an honour and a privilege. I am delighted to be re-elected and to be a local voice at the national table. We are going through a major transformation within An Garda Síochána and in fact, living through historical changes that will shape the force into the future.”