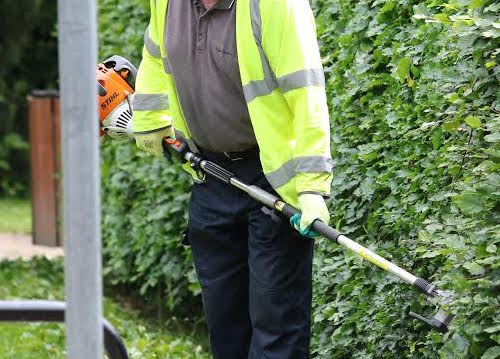 Council says it was ‘trimming’ not cutting hedges during nesting season

Donegal County Council has denied it is cutting hedges during the current nesting season.

A number of members of the public contacted Donegal Daily claiming the council were cutting hedges at Bernard McGlinchey Park in Letterkenny and other places in recent days.

Under the Wildlife Act, hedge cutting and burning is banned every year between 1 March and 31 August.

Farmers and landowners are prevented from cutting back or burning hedges to protect nesting birds.

However, a council spokesperson denied they were cutting hedges.

The spokesperson said “Our gardening staff only trim the current season’s growth, never cutting back. The parks staff have to manicure the hedges by hand, constantly maintaining a higher standard within the public areas throughout the year.

“Our gardeners are fully aware and appreciate the importance of wildlife habitats, and that hedges provide food, shelter, corridors of movement, nest and hibernation sites.”

Council says it was ‘trimming’ not cutting hedges during nesting season was last modified: June 14th, 2019 by Stephen