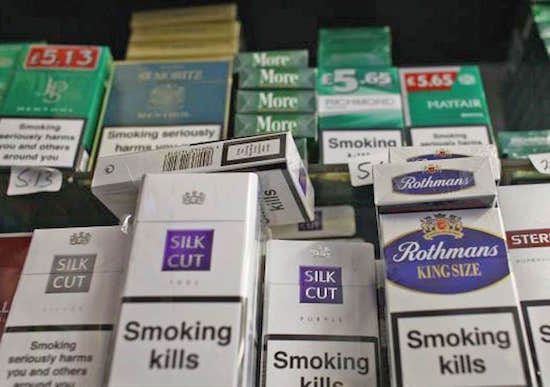 Donegal Gardai have seized a large quantity of counterfeit goods including 60,000 cigarettes, fake DVDs, clothing and other goods.

The raid was part of a cross-border operation with the PSNI in Derry.

Detectives from the PSNI’s Organised Crime Unit, supported by local police officers in the Derry area carried out a major search operation in the fight against paramilitary crime.

In total, seven searches were carried out under the Terrorism Act.

Two assault rifles and one submachine gun were seized in relation to an investigation into INLA criminality.

As well as the weapons, a quantity of Class B drugs, counterfeit clothing and DVDs, approximately £13,000 in cash, phones, tablets, documentation, over 7,000 illicit cigarettes and a quantity of hand-rolling tobacco (HRT) were also seized.

Two men aged 44 and 43 were also arrested and are currently in police custody assisting detectives with their enquiries.

As well as the cigarettes, tobacco, DVDs and counterfeit clothing, Donegal Gardai seized a sum of money.