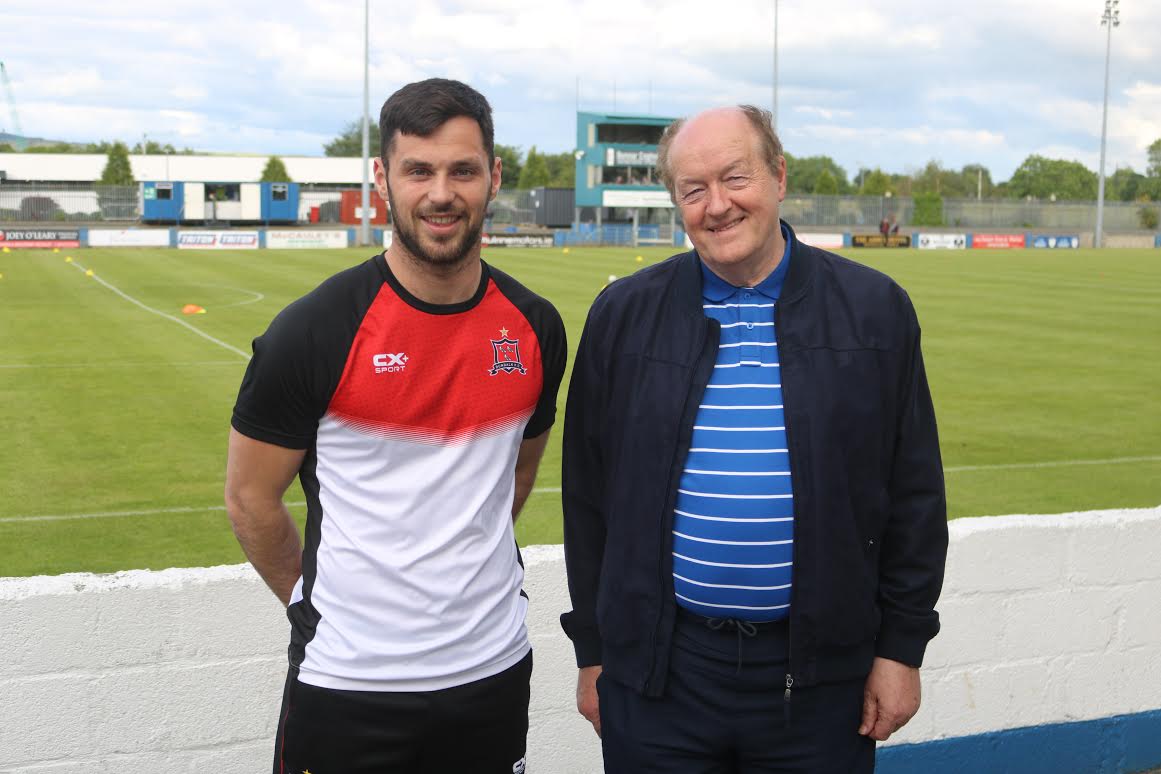 Hoban, who equalled Bradley’s record for goals scored in a single season in 2018, expressed his wish to meet Brendan before Dundalk’s 3-0 victory over Harps in Ballybofey.

In the 1975-76 season, Brendan Bradley set a new scoring record by registering 29 goals for Finn Harps in the League of Ireland.

32 years later Dundalk’s Patrick Hoban equalled that record in the 2018 season with 29 goals.

Bradley who celebrated his 70th birthday on Friday, is the League of Ireland’s record goalscorer with 235 goals. Brendan is also the top Finn Harps goalscorer ever with 181 goals.