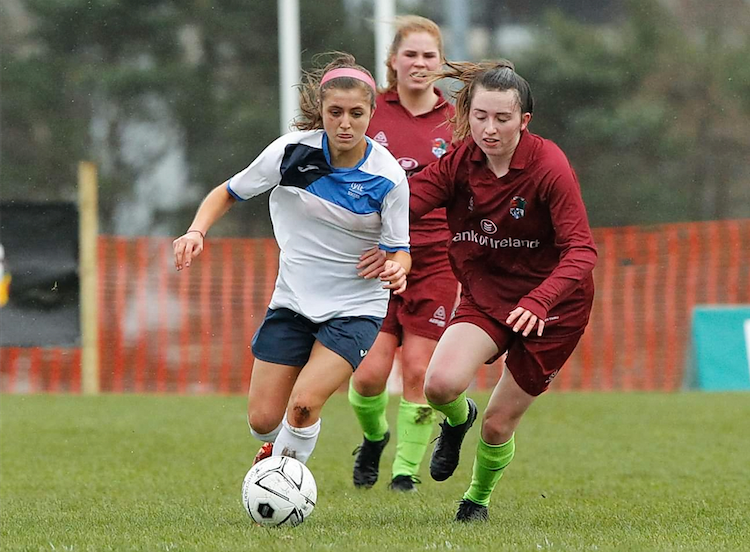 THREE DONEGAL players have been named in the Irish squad for the 2019 FISU Summer Universiade.

The competition takes place in Naples in July and LyIT student Zoe McGlynn has been named alongside fellow Donegal natives Amber Barrett and Gemma McGuinness.

Midfielder McGlynn – who plays for Sion Swifts – played a starring role for Jonny Baird’s LyIT this year and is now part of the Team Ireland squad for the trip to Naples.

Milford woman Barrett, who is at DCU, and Ulster University McGuinness, from Greencastle, are also included.

The 20-player women’s side, managed by Dave Connell,  departs later this month for the tournament.

The Women’s squad which finished 10th at the 2017 Universiade in Chinese Taipei contains six survivors for this year’s competition, including Cork City captain Ciara McNamara who lifted the FAI Women’s Senior Cup just weeks after returning from the Far East.

Connell has also added experience from the Senior International team with Aislinn Meaney and Niamh Farrelly selected along with a number of current U19 internationals.

Speaking at the prospect of locking horns with the current world champions, Connell said: “It is a terrific opportunity for our players to test themselves against the best of the world.

“We have an abundance of underage international experience and some have already broken into the Senior team.

“We’re under no illusions that we will face two proven teams at this level in the group stage however our aim to qualify from the group remains the same.”