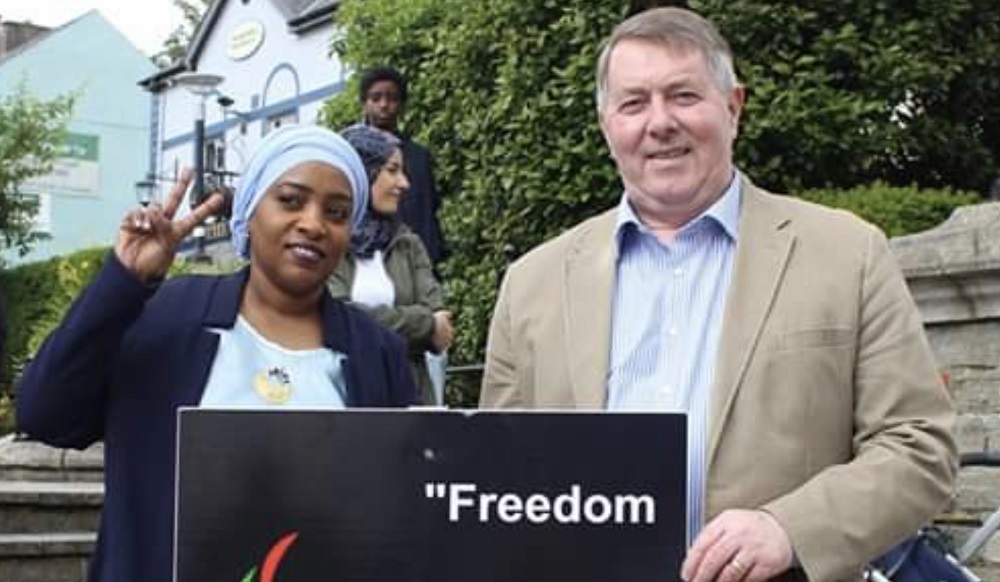 A crowd of supporters, local and national representatives turned out for the third ‘Solidarity with Sudan’ protest of the month in Letterkenny.

The peaceful gathering at Market Square last Saturday was organised by 2019 local election candidate Thoiba Ahmed in response to the violent political crisis in her home country.

Ms Ahmed’s protest highlighted the recent series of massacres that took place across Sudan by the Janjaweed militia in their campaign to suppress the uprising against toppled dictator Omar Al Bashir.

“Thoiba Ahmed was a candidate in the County Council elections in Letterkenny, and I got to know and respect her during that campaign,” says Councillor Jimmy Kavanagh who showed empathy when listening to Ms Ahmed talk of the atrocities occurring in Sudan. 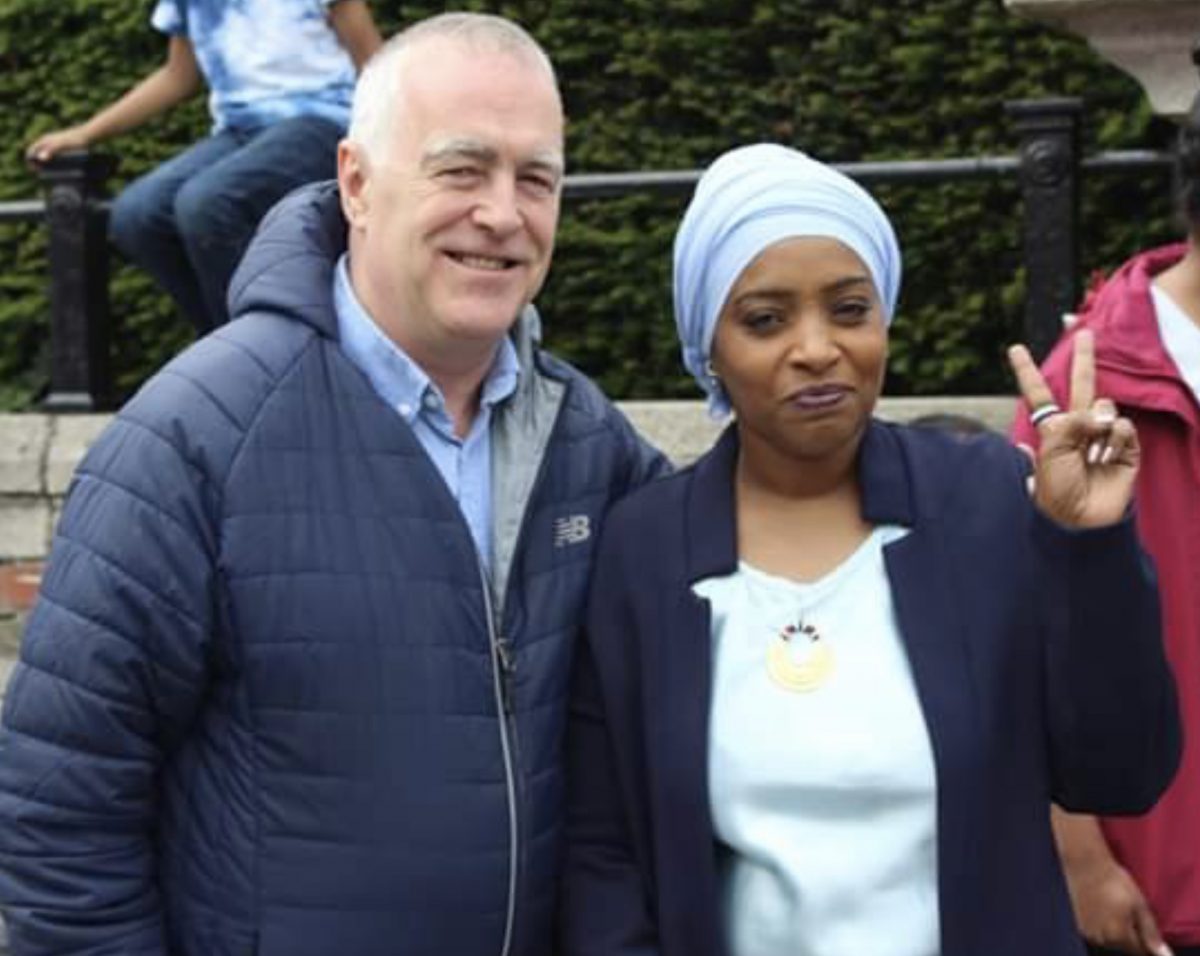 “I am here today to support Thoiba in her call for peace in Sudan, an end to violence, and a return to dialogue with a view to establishing democracy and lasting peace in a region that has suffered the loss of almost half a million lives in a few short war torn years. I hope that today’s event will help to raise awareness among our own community to the plight of ordinary people in Sudan,” said Cllr Kavanagh said.

Councillor Gerry McMonagle attended the protest because “for me, it’s in my DNA; I was raised educated of the history of Ireland, the military rule and colonialism.”

“As Irish people we can relate with what is happening in Sudan; any State in the world where physical force and military intervention has been exercised has never been successful. I fully support the people of Sudan and their right to democracy and self-determination” he added. 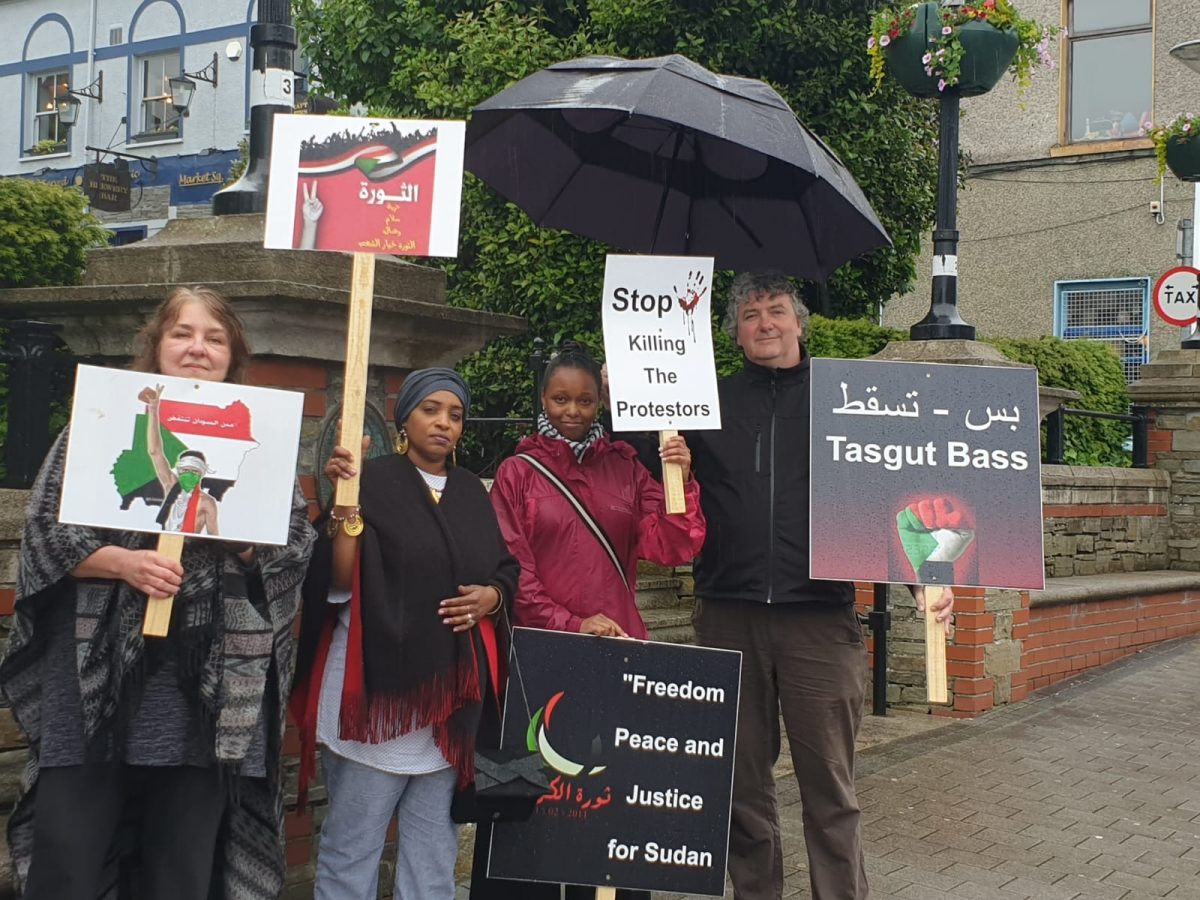 Thoiba Ahmed, Thomas Pringle TD and supporters at the Solidarity With Sudan protest

Thomas Pringle TD said: “It’s vitally important that we as Irish people support the struggles of the people of Sudan in trying to have a government that looks after the needs of their people.”

“A government that works on behalf of the citizens is the least that people demand and can expect. We in Ireland should expect the same,” Pringle TD added. 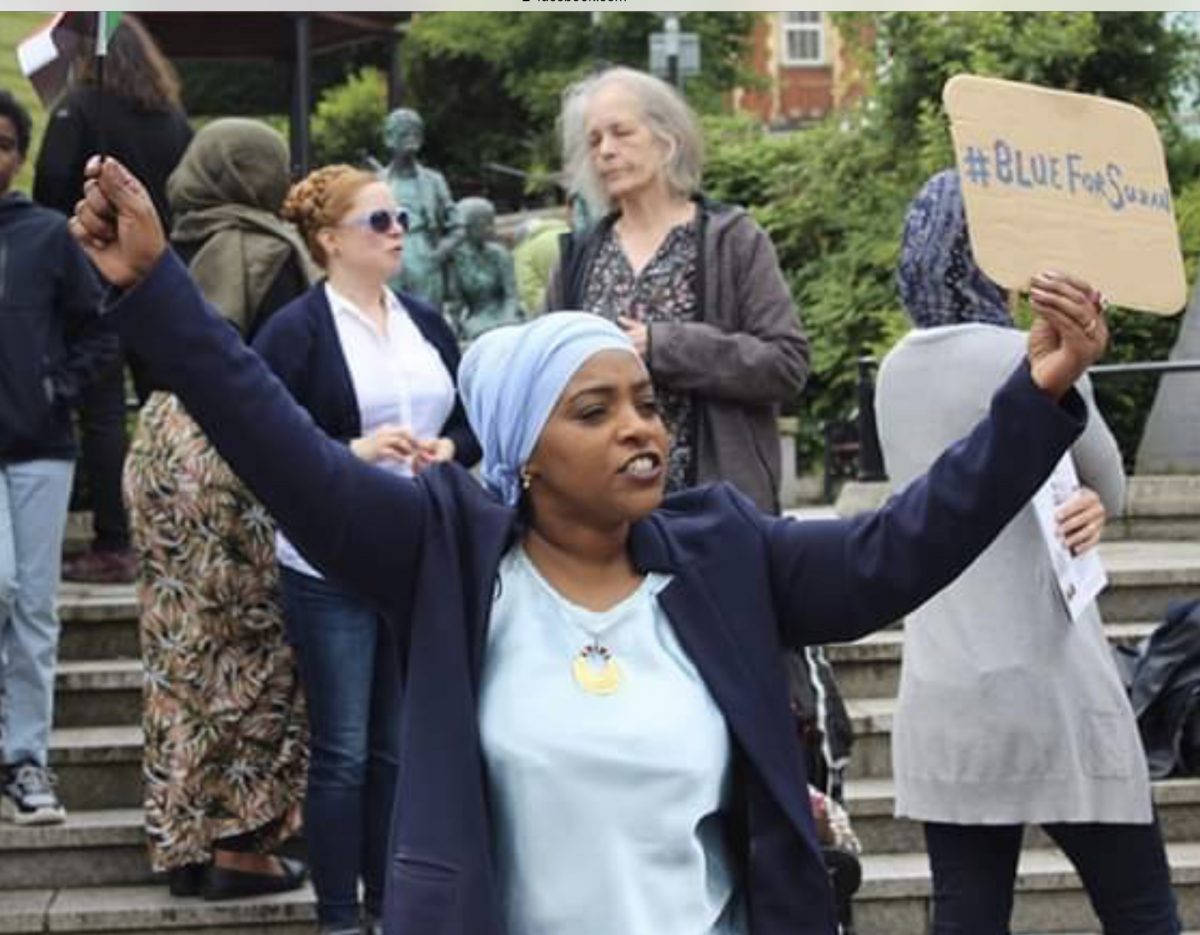 Thoiba Ahmed at the Solidarity With Sudan protest

Ms Ahmed confirmed that another protest will take place at Letterkenny Market Square on 29th June from 2pm-4pm. No event is planned this week due to the Donegal Rally, but demonstrations will continue ‘until the demands of the people of Sudan are realised’, according to Ms Ahmed.

She commented: “By recognising our shared humanity, we build connections that overcome the divisions of cultures, religions, and ethnicities. There’s a shared sense of responsibility when it comes to responding to the cries of help and confronting injustice.”