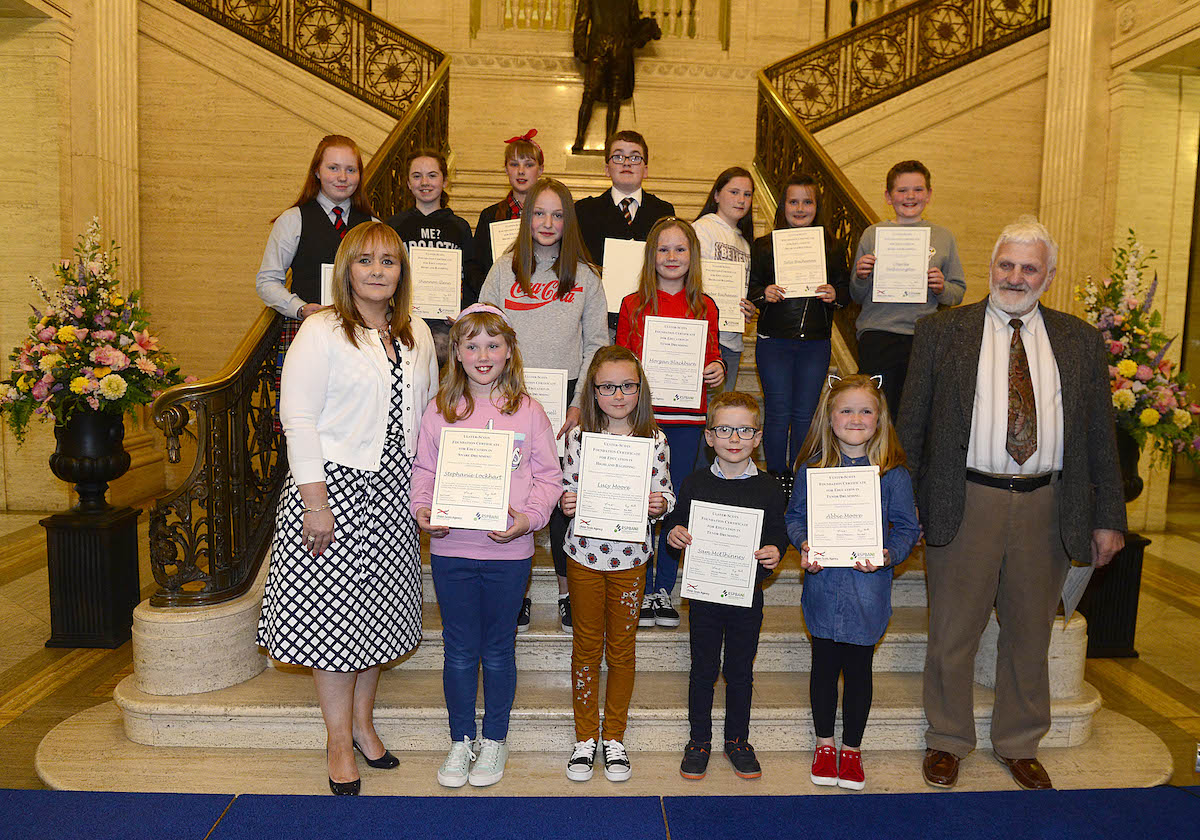 The Ulster-Scots Agency hosted its annual graduation for young pipers, drummers and drum majors at Stormont in Belfast on Thursday night last.

The event was attended by pupils from Raphoe and 38 different tuition classes as they received their Foundation Certificates, which are accredited by the Ulster-Scots Agency and Royal Scottish Pipe Band Association NI.

Welcoming the event to Parliament Buildings, Michelle McIlveen MLA, commented: “I hosted the first of these events back in 2012 and I have always been greatly encouraged by the sustained growth in the number of participants.

“The pipes and drums have a long history in Northern Ireland and the numerous competitions which take place across the country have a strong and loyal following.

“There is a buzz and palpable excitement in a town or locality where a contest is taking place as well as an important increase in footfall in the commercial centres of those areas. This all points to a vibrant and flourishing part of our cultural tradition.”

The first such graduation event in 2012 saw 28 participants receiving certificates in the Long Gallery at Stormont; this year, the Great Hall had to be used for two separate events on the same night, as 239 pupils had completed a Foundation Certificate.

The audience for the event included many proud parents and grandparents, as well as teachers, representatives of the Ulster-Scots Agency and senior members of the Royal Scottish Pipe Band Association from Northern Ireland and Scotland.

The gathering was also addressed by the Ulster-Scots Agency’s Chief Executive, Ian Crozier, who said: “Here in Ulster we have a reputation as world beaters when it comes to pipe bands.

“We want to ensure that reputation continues long into the future; and with the huge number of young people and level of achievement represented here tonight, we can be sure that the legacy of excellence which has been built over decades will be in safe hands with the next generation of Ulster-Scots musicians.”

Have you lost a drone near Malin...

Shock and sadness at death of businessman...

Roadworks for the week ahead in Letterkenny

Cat missing in Raphoe – can you...

Eagle-eyed member of public in appeal to...