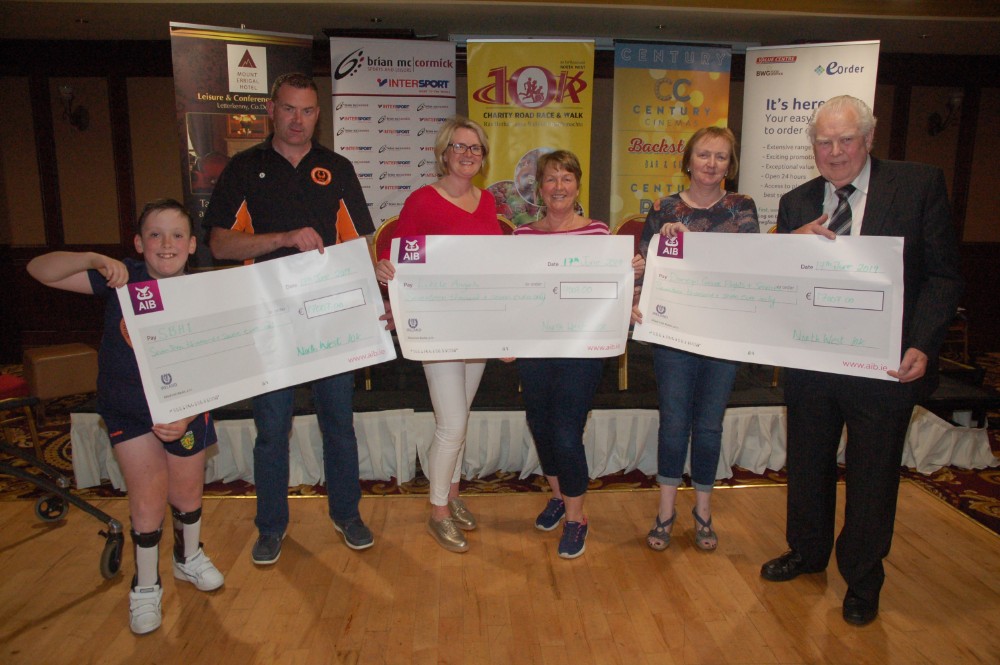 The North West 10k committee is delighted to announce that €51,020 was the overall figure raised from this year’s Charity Race and Walk which took place on the May Bank Holiday Weekend.

The figure was revealed by 10k Chairperson Neil Martin at a cheque presentation function on Monday night in the Mount Errigal Hotel.

It was the 23rd North West 10k Run and Walk and the overall total raised since the event started in 1997 is now just over €827,000 which has benefitted over 30 charity organisations.

The North West 10k would also like to thank the five sponsors of this year’s event, DonegalDaily.com, Brian McCormick Intersports, Century Cinemas, the Mount Errigal Hotel and the Value Centre.