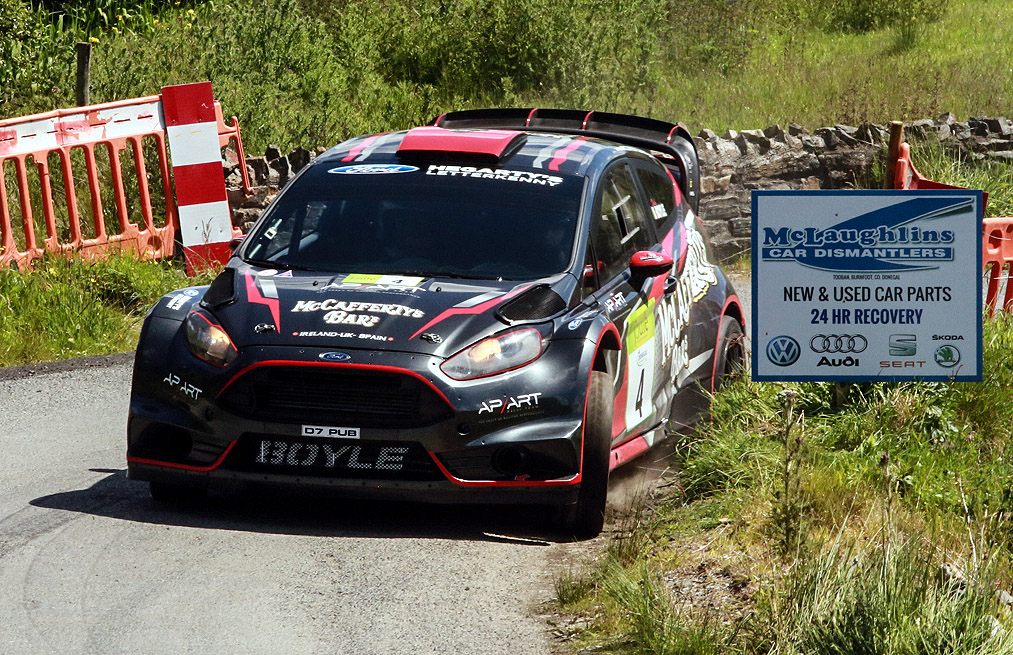 SPECTATORS HAVE been reminded to be mindful of safety after the cancellation of special stage 7 2019 Joule Donegal International Rally.

SS7, the first stage of day two of the rally, had to be cancelled due to the high volumes of both traffic and spectators on the stage.

Rally officials say that some spectators parked cars near to junctions on the stage and a large number of people arrived to the stage extremely late.

Organisers have asked that rally followers arrive at stages no later than half-an-hour before the start of the action on the stage.

Spectators are asked to park in safe parking areas and to obey marshals’ instructions at all times.

Competitors had to drive through SS7 and make their way to SS8, Glen.