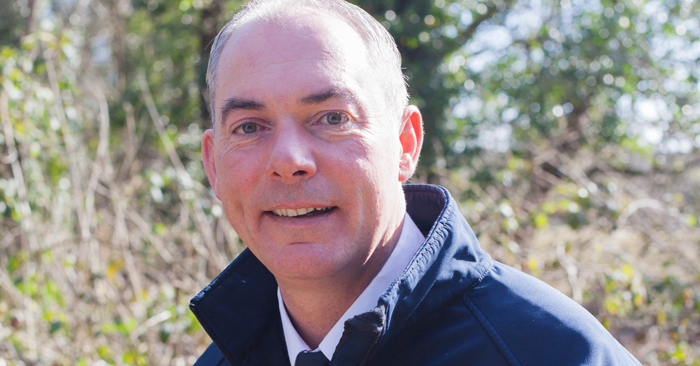 Giving animals a second chance: A day in the life of an ISPCA Inspector

Located outside Letterkenny, the centre has already cared for 233 animals over the past 12 months.

There’s never a dull moment at the centre, and there’s never an average day in the life of ISPCA Senior Inspector Kevin McGinley. Kevin joined the ISPCA team 19 years ago. In 2003 he became an Animal Welfare Inspector and was promoted to Senior Inspector in 2017.  Kevin covers the North West region of the country which includes Donegal, North Sligo and North Leitrim.

Here, Kevin shares an insight into his job helping animals across the North West, and has some key advice for animal owners:

Describing an average day rescuing Ireland’s most cruelly treated, neglected and abused animals in the Donegal area, Kevin said: “I enjoy my job as a senior Inspector but it can also be challenging at times. What I find rewarding is seeing the animals that I have helped go on to live happier lives.  No two days are the same and I enjoy the variety but at the same time some days can be distressing and upsetting when I am removing an animal from a terrible situation.  I try not to dwell on it because I know there will be more animals that will need help tomorrow. I am lucky to be in a job where I can make a real difference, to help animals that are suffering and giving them a second chance of a happier life.

“A typical day for me would be reviewing the calls allocated from the helpline first thing to prioritise them and map out my route. This can change depending on the urgency of the calls I receive throughout the day for example, my first call was to investigate a complaint about two Shetland ponies. The caller was concerned about their hooves that appeared to be overgrown and one pony looked lame.

“On arrival at the property, I could see that both ponies were in need of farrier treatment. They had access to clean drinking water and they appeared to be well fed. I scanned both ponies but unfortunately they were not microchipped which, is a legal requirement enabling identification of an owner. I left a notice requesting the owner to contact me and I also proceeded to make some local inquiries and called into the local Gardaí station.  I planned on returning to the property again to follow up.

“Most of the calls I investigate are not deliberate acts of cruelty and the majority of cases are neglect as a result of a pet owner not fully understanding animal welfare and their responsibilities as a pet owner.  I offer practical advice and try to help resolve any welfare issues that arise. My first priority is always the welfare of the animals concerned and initiating prosecutions is the last resort.

“My next call was to meet the owner of a collie dog who contacted us for help.  The dog’s owner was suffering from a sudden illness and was struggling to care for his dog called Poppy. He asked for help and we both agreed that the best outcome for Poppy was to surrender her into the care of the ISPCA. Poppy spent two months at the ISPCA Donegal ARC and received some training to help prepare her for a new home.  She was the first dog to be rehomed from the centre.

“The next port of call was to investigate a complaint about a large number of cats, described as thin and some heavily pregnant. On arrival at the property, I counted at least ten cats gathering at the front door. I approached the owner and I explained my reasons for visiting. The owner told me she had been feeding about twenty two cats but most of them were shy to human approach. It transpired the majority of the cats were female and none of them were spayed.

“I made arrangements to return with cat traps and once space was available to remove the cats and transport them at the Centre.  I explained that once she started feeding the cats, she took on responsibility for them and the kindest thing to do is to spay or neuter them so they don’t continue to breed uncontrollably causing unnecessary suffering.

“After a quick sandwich, I make my way to a local secondary school where I gave a talk to students there about the work of the ISPCA and to promote responsible pet ownership. The students were very enthusiastic and asked lots of questions.  They plan to organise a fundraiser later in the year to support our work at the centre.

“On my way home I received a call informing me that the cat trap I set the evening prior, to capture an injured cat was successful. I collected the cat took him to a local veterinary practice for examination as its right hind leg was injured and required treatment.

“I return to the centre to finalise some paperwork and return some calls and emails.  The last call of the day was to release a hedgehog that was injured and following veterinary treatment, he made a full recovery and was ready to go back to nature where he belongs.

“The vast majority of my day is spent in the van investigating animal cruelty complaints in Donegal, North Sligo and North Leitrim.  I take my job seriously and work hard to prevent animal cruelty. I aim to educate pet owners on their legal responsibilities and to promote high standards of animal welfare both locally and nationally.

“The public are less tolerant of what they perceive to be animal cruelty and more and more people are contacting the ISPCA to highlight their concerns.

“I am grateful to the people of Donegal and the surrounding area who take the time and effort to report cruelty so we can investigate them and take action if necessary. By making that call, you are helping to make a difference to that animal’s life. None of this would be possible without the continued support of the public.”

Kevin’s one bit of advice to anyone thinking of getting a pet is to think carefully to ensure adequate time and financial resources are available to properly care of any new pet.  It is a life-long commitment and a decision that should not be made on a whim.  Owning a pet can be a lot of fun and is very rewarding but it is also a big responsibility.

Funding is vital for the ISPCA to continue our work caring for all animals and to be able to expand and provide more Inspectors to cover more areas.  Together we are achieving great results that will have a lasting impact for so many animals in Donegal and the surrounding area well into the future.

For more information about the ISPCA Inspectorate Team and to download the latest Inspectorate Report, please visit https://www.ispca.ie/ispca_inspectorate_reports

To support the ISPCA’s work by making a kind donation, please visit https://www.ispca.ie/donate/once_off

Giving animals a second chance: A day in the life of an ISPCA Inspector was last modified: June 23rd, 2019 by Rachel McLaughlin