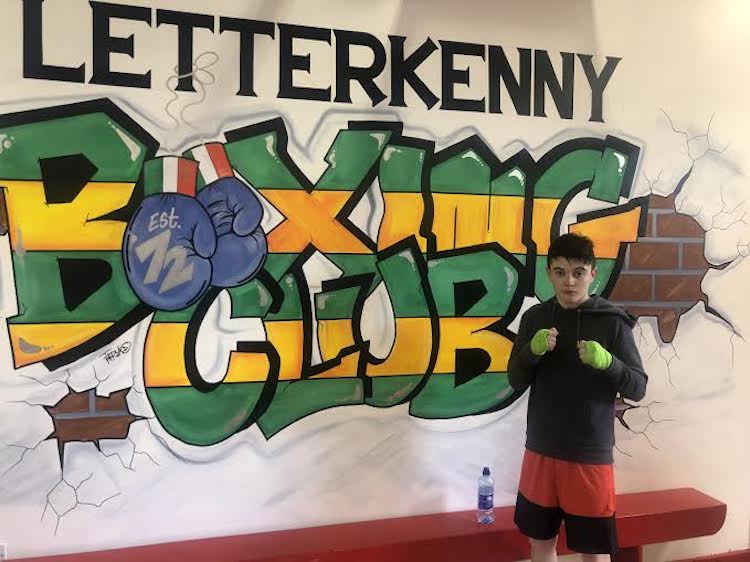 PADDY MCSHANE was laced up and ready to go in Boston two years ago – but the Letterkenny ABC man’s opponent didn’t show up.

McShane had to take a back seat and watch his Donegal team-mates take to the big stage as a Donegal select boxed against a Boston All Stars team.

Now, McShane wants to make up for that lost chance when he flies out to Boston with Donegal for their latest assignment in Beantown this week.

“The boy pulled out at the last minute and that was just so disappointing,” McShane says.

“It was a good trip, bar the boxing!

“It was only about 15 minutes before the fight was meant to start. I was wrapped up and ready to go. I was meant to be the first fight on and was in the parade before the show. It was mad, going 3,000 miles and not getting a fight. I just want to get boxing now this time.”

McShane is a four-time Irish champion, but has pangs of regret following a loss to Oisin Mulhall earlier this year at the National Stadium.

He says: “Oisin was the better man on the day. I didn’t box my best but I have to hand it to him, he deserved the win. I’m a bad loser and don’t take defeats well.

“I’m going alright again. I haven’t been boxing well for the last while, but I want to stop that and get a bit of form back.”

On his return from Boston, McShane will weigh in for the Irish Under-18 Championships and is gunning to get to the top again.

He says: “I missed out on an Irish title this year, but I want to get it back now. It’ll be tough competition with maybe ten boys in the weight. I’ve boxed four of them before. I know I can beat them all on my day.

The highlight of his career, so far, he says, was a semi-final win over defending champion Jonathan O’Donnell from Dublin on the occasion of his first Irish triumph.

He’s ready for the road to America and adds: “I can’t wait to get over and fight in Boston this time. It’s never nice getting ready for a fight and then it gets pulled.”

Paddy McShane looks to make up for his lost chance in Boston was last modified: June 24th, 2019 by Chris McNulty