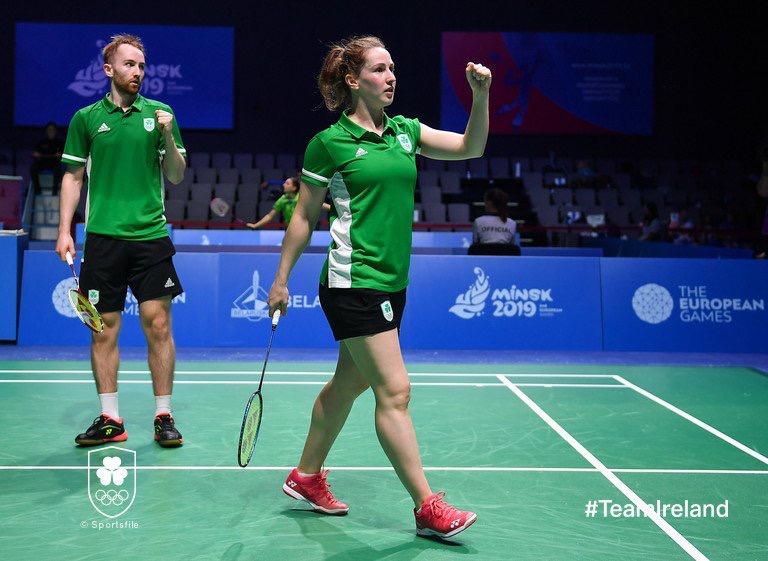 SAM AND CHLOE Magee remain hopeful of making it through to the knockout phase of the European Games in Minsk.

A 22-20 19-21 16-21 loss to French fourth seeds Thom Gicquel and Delphine Delrue means the Raphoe pair are still well in the hunt to qualify.

On Monday night, the Magees defeated Evgenij Dremin and Evgenia Dimova from Russia. That win along with their winning of a set in today’s match means their hopes are very much alive.

“We just have to go out and beat Belarus on Thursday by two straight games. We’ve played two big pairs, done well and come out of it good.”

The Magees took the first game 22-20 and battled all the way in the second, but the day’s result could still be a positive one.

Sam Magee said: “The first set was crucial. As bad as it is to say, we maybe lost in a good way with winning the first set. We’re very happy with that and it’s just a shame we couldn’t get over the line in the second.”

The French duo won the third and Chloe Magee added: “They played the big points a little bit better in the end up.”

Aleksei Konakh and Kristina Silich from Belarus, the hosts, await on Thursday.

Sam Magee said: “Your body comes down off the emotions. We didn’t even have to process the win. The most important thing now is to get the bodies and minds right. We just have to focus on beating Belarus 2-0.”