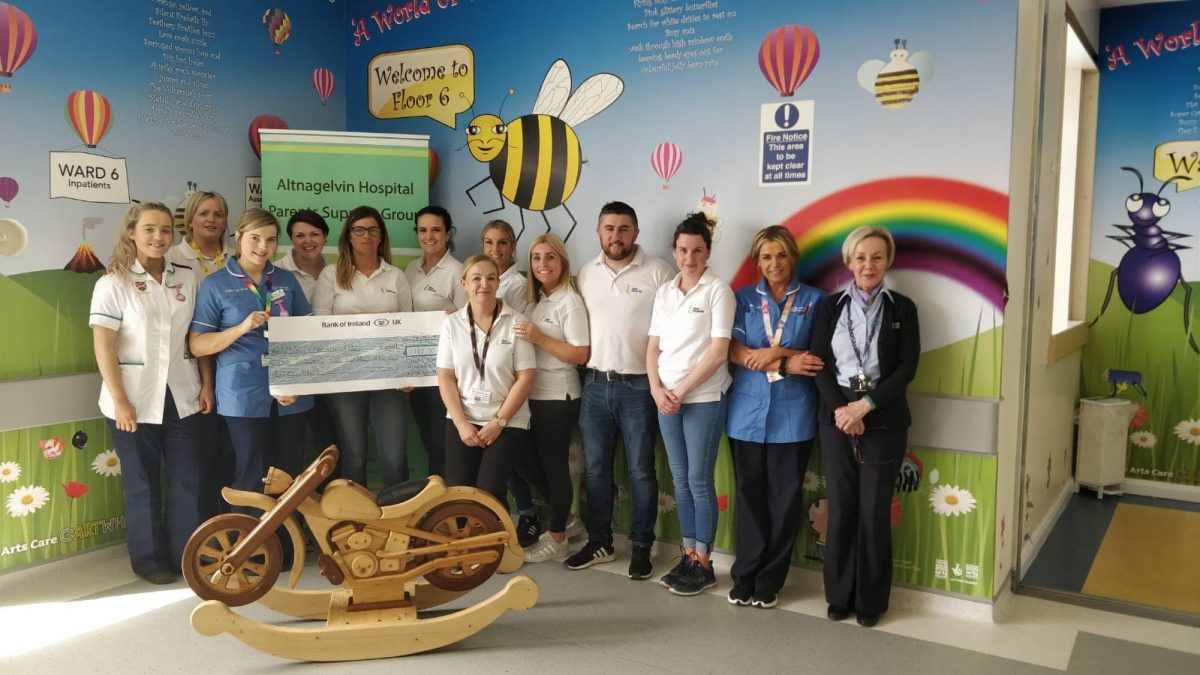 A beautifully hand-made rocking horse has been gifted to the Children’s Ward at Altnagelvin Hospital by Buncrana man Daniel Lynch.

Mr Lynch designed the Harley Davidson-themed toy for the hospital as part of a charity donation by Ulster University nursing students.

Daniel’s son Johnny is one of a group of second year students who held a cake sale and hamper raffle to raise £1,280 for Ward 6.

The cheque and the rocker were recently presented to the Altnagelvin Hospital in Derry and the donations were gratefully received.