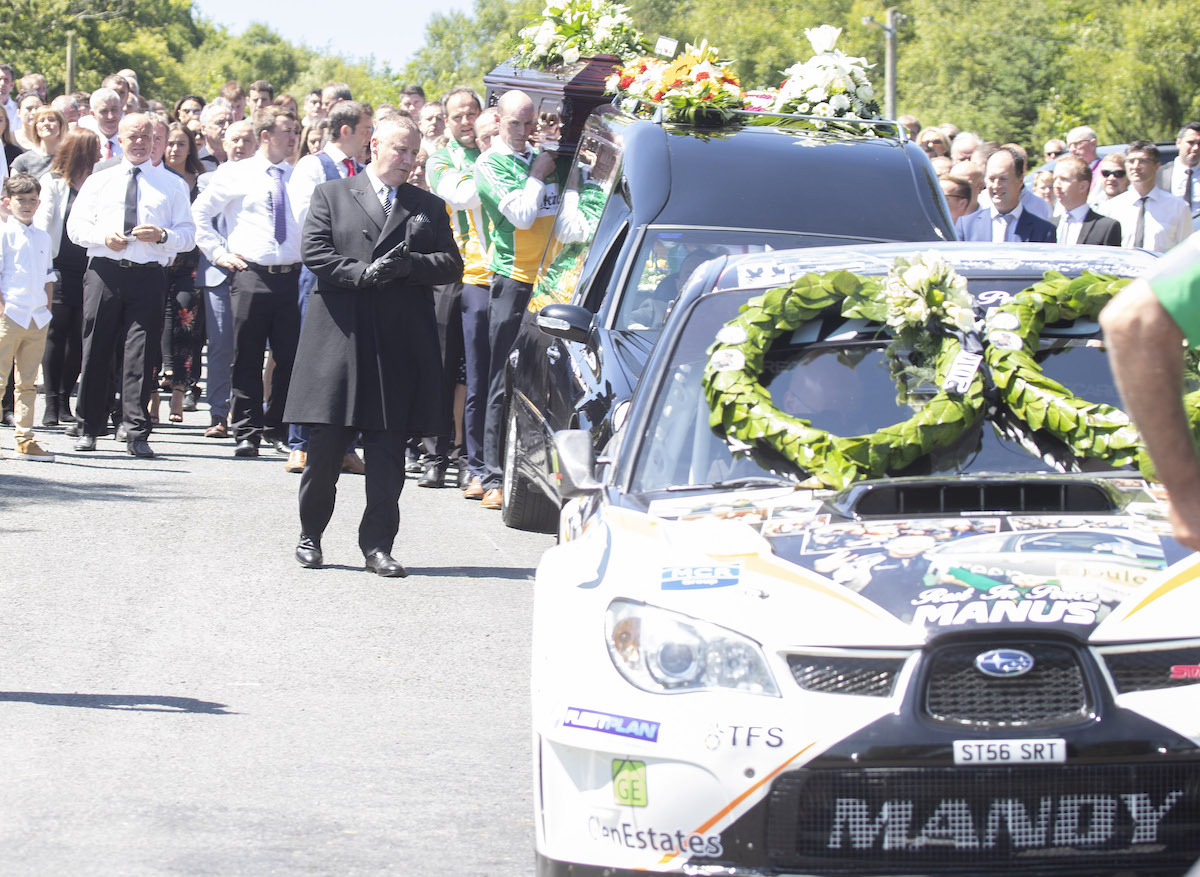 Donegal said goodbye to a local hero today when Manus ‘Mandy’ Kelly was laid to rest in his native parish.

Mr Kelly, 41, was a married father of five, a businessman and a newly-elected Fianna Fáil councillor.

Thousands have expressed their deepest sympathies with his family and friends and all those affected.

The service at St Columba’s Church, Glenswilly, was attended by almost 700 people to celebrate the life of Manus.

The funeral mass was attended by family, friends and dignitaries including Fianna Fáil leader Micheál Martin.

Mr Kelly’s co-driver, Donall Barrett, who was injured in the crash, was also in attendance.

The service was shown on large screens outside the church and at the grounds of Glenswilly GAA club where Mr Kelly was a member.

Following the funeral mass, Manus’ coffin was carried through a rally finish line arch before the funeral cortege pressed onwards towards Conwal Graveyard.

Many more attended the burial, which was marked with poignant scenes as Manus’ eldest sons Mandy and Charlie wore the Donegal Rally garlands in a special tribute to their dad as he was led to his final resting place.

A community in mourning – moving pictures as Manus is laid to rest was last modified: June 28th, 2019 by Staff Writer