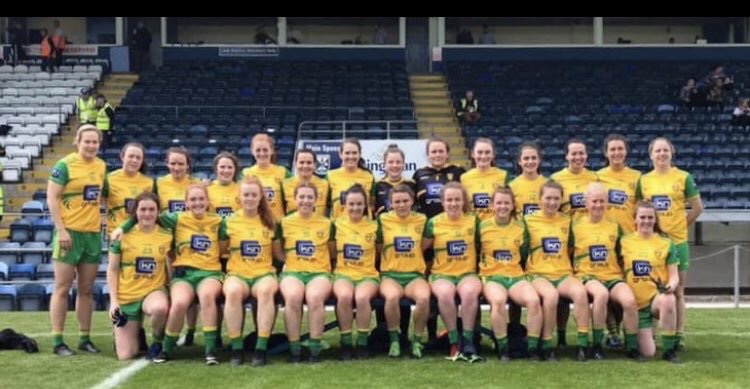 Sunday could be redemption day for Armagh – or a third successive TG4 Ulster Senior title win for Donegal.

Armagh won’t need reminding that when they met Donegal in the 2018 Final, they found themselves on the wrong end of a 4-8 to 9-21 thumping.

But the sides would meet again later in the 2018 championship, at the All-Ireland quarter-final stage, and just three points separated them then.

There’s a quiet confidence in the Armagh camp ahead of this latest encounter, following an impressive semi-final victory against Monaghan.

Donegal, meanwhile, needed extra-time before seeing off Cavan and Armagh may have seem some chinks in the champions’ armour that they can expose.

The memories of Ulster Final day in 2018 will fuel the Armagh challenge and they certainly won’t lack in motivation and hunger.

Armagh were last crowned Ulster champions back in 2014 – and it wouldn’t surprise many observers if they bridged a five-year gap.

Ace forward Aimee Mackin is named on the bench for Armagh, while Donegal sharpshooter Geraldine McLaughlin, who bagged 14 points against Cavan, is a player the Orchard County must shut down to have a chance.