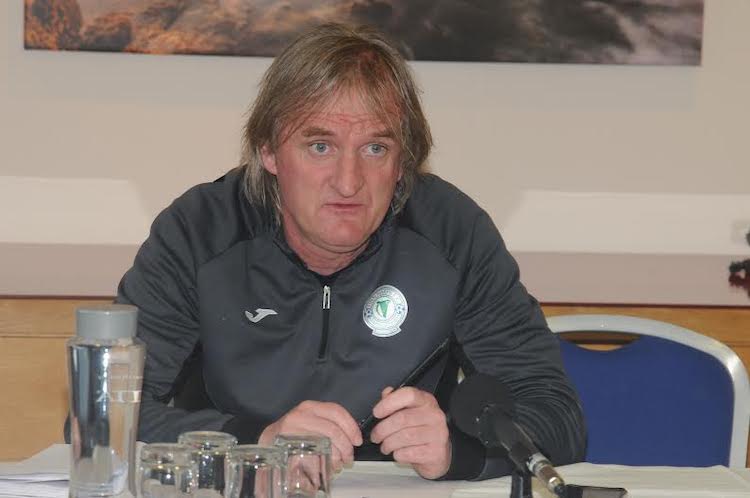 Finn Harps manager Ollie Horgan is expecting his side to face a Cork City team that won’t be settling for anything other than a win tomorrow night in Ballybofey (kick-off 8pm).

Cork shipped a 4-1 defeat at the hands of Derry City on Friday night in Turners Cross while Harps secured a badly needed three points against Sligo Rovers, that moved them of the bottom of the League of Ireland Premier Division table.

Nathan Boyle scored both goals in a 2-0 win for Horgan’s team.

“Cork will be a big test for us,” Horgan said. “That defeat at home against Derry will have  been a big blow to them and they will come to Finn Park determined to get the win. So we have to be ready for that. It was great to get three points against Sligo on Friday but none of us are getting carried away with that result. We’ll need a decent run in the second half of the season to be in with any chance of staying up. The lads put in a huge shift on Friday night. There was plenty of sore bodies on Saturday so we’ll see how the recovery goes for them” Horgan said.

Ciaran Gallagher, John Kavanagh and Michael Gallagher remain on the injured while Niall Logue who was forced to sit out the Sligo game is doubtful for tomorrow night’s game.