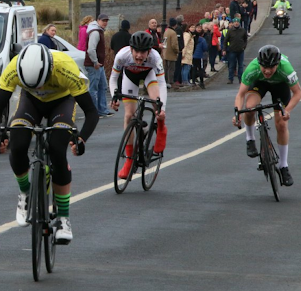 GLENSWILLY CYCLIST Conor Gallagher has been selected to compete for Ireland in the World Youth Tour in Austria.

The World Youth Tour takes place from August 21-25 in Austria. The race takes place over five days over stages with lots of hills and descents in the hills of Austria.

Conor was selected after two days of gruelling hill climbs in Kerry and now follows in the pedals of his brother, Cathal, who competed in the same race last year.

Last year, Conor represented Ireland at the Errigal International Youth Tour, at which he won the Keeloges stage and also won the polka dot jersey for kom.

Conor, who is 15, is still in his first year as an under-16 rider and has another year at this age group.