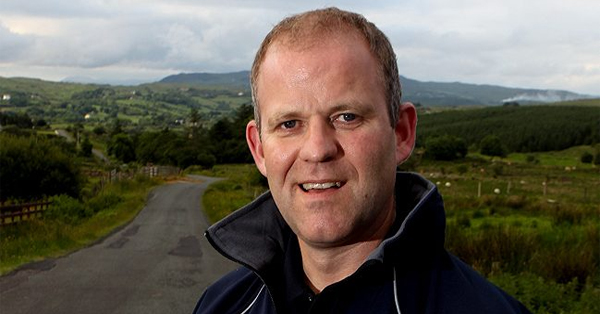 THE GLENSWILLY GAA club have conveyed their thanks for the support of their community and the wider public following the tragic death of Manus Kelly.

A popular sportsman and businessman, Manus died while competing in the Donegal International Rally, when the car he was driving left the road on Special Stage 15, Fanad.

News of the tragedy sent shock waves sweeping through the county and an outpouring of sadness, the level of which has rarely been experienced.

The father-of-five’s standing was shown by the huge throngs of people who turned up to the wake and the funeral.

Manus was also heavily involved in the Glenswilly GAA club and managed them to the Senior C Championship title in 2016.

A statement issued by the club this morning read:

“On behalf of the club, we would like to express our sincere gratitude and thank you to all those who sent messages of condolence and support following the death of our club man and great sports man the Late Manus Mandy Kelly.

“We would also like to thank all at TFS and Uptown cafe, Donegal Motor club, Donegal county council, An Garda Siochana and all the local businesses that we worked alongside with in the past few days.

“The loving sympathy you have shown during this difficult time is so greatly appreciated. Manus had a massive presence in our lives and especially within our club and no words could ever express our appreciation for the kindness and happiness that he shared with everyone.

“A devoted husband, a loving father and a proud family man. He will be greatly missed in the Glen by all.

Glenswilly GAA express thanks for public support after death of Manus Kelly was last modified: July 3rd, 2019 by Chris McNulty